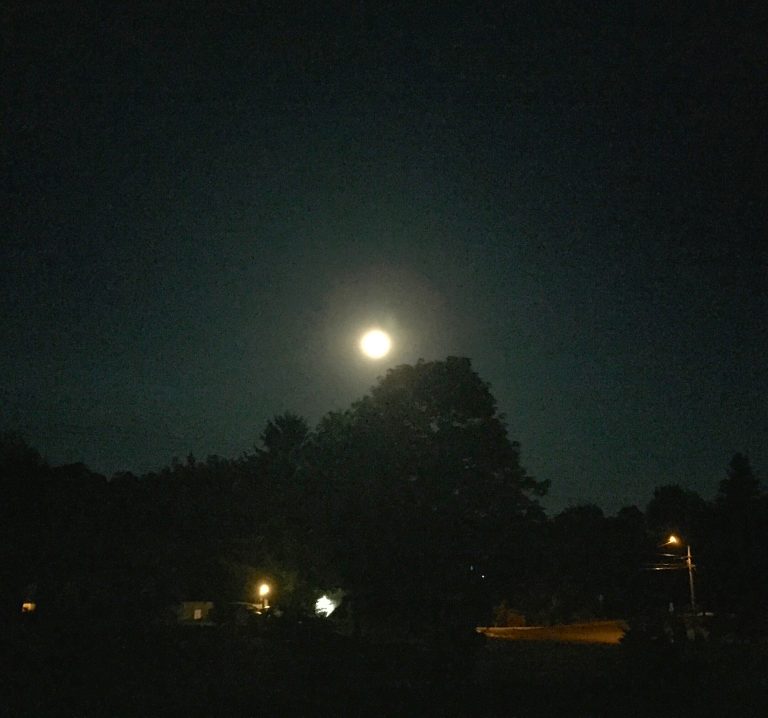 Fifty-two years ago, on December 24th, the three astronauts from the Apollo 8 mission to the moon were approaching the lunar sunrise.

Yes, it was Christmas Eve.

In the United States, it was nighttime.

My family and I were living in a Connecticut suburb of New York City, and we were spending that Christmas Eve with family friends who lived nearby, Bob and Mary George. I was a little boy whose biggest concern as the evening dragged on was that we were going to leave so late at night – so deep into the early morning – that we would get home precisely when Santa Claus coasted to a stop on either our roof or our long, straight, invariably iced-over driveway. Imagine a patch of airport runway made of black ice.

Somehow, of course, Santa and his reindeer always landed safely. Sure, my mother and father would annually take off a side mirror as they careened to a stop in the red Falcon or the white Impala, or skid at least once each into the garage door. But Santa Claus? As far as I knew, he had always nailed the landing. Think an Olympic gymnast’s ten-point-oh dismount.

At the same time, we couldn’t possibly risk arriving home while Santa was at our house: I understood well the rules. You leave out the cookies and milk for the big guy, but you don’t try and catch him. You leave out the carrots for the giant sleigh’s engine room, but you don’t stay up and expect Rudolph to eat from your hand. There are. . .consequences. By remaining at Bob and Mary George’s, my family was not merely playing with fire: we were risking the very cosmological foundations of Christmas – because wasn’t Christmas all about. . .Santa Claus?

The Georges meant a great deal to my parents and (yes) to me, which was why we often spent Christmas Eve with them. But their children were a lot older than I was. Their daughter was actually old enough to have been my older brother’s babysitter and was now a grownup herself: She was married to a soldier who was spending that Christmas across the globe in Vietnam.

That’s how different the world was in 1968: As a nation we were fighting in Southeast Asia and as a species we had yet to walk on the moon. Many of you — most of you — reading this essay were yet to be born.

But, oh, that night long ago my concern wasn’t for the safety of my brother’s babysitter’s husband in a rice patty on the other side of the globe or for the three astronauts in a spacecraft roughly a quarter of a million miles away. I was focused only on the five adults — my parents, their friends, and their friend’s daughter — drinking scotch in the living room by the fireplace.

I was watching the clock and I was fretting about the time. I was worried about whether our car would be able to navigate the Georges’ driveway, which was the exact opposite of our own: Their house was nestled like the base lodge for a ski resort at the bottom of a steep and wooded hill. The driveway was a black diamond trail with a garage at the end. It wasn’t snowing that night, but it had the day before and when we had arrived at the Georges’ on Christmas Eve, our car had slid down that driveway as if we were riding a barely controlled toboggan.

Now, hours later, I was reaching that moment when the little boy mind moves from mild to meltdown. I was desperate to leave.

The reality is that like most children, I had never been especially patient as Christmas neared. I always had advent calendars – and I always had opened all twenty-five doors by the third of December. (And I was always somewhere between disappointed and miffed by what I found behind them: A drawing of an apple? A painting of an elf puppet? Seriously? Behind those doors I hoped to find terrifying robots and plastic models of Frankenstein, Dracula, and the Creature from the Black Lagoon. That’s what I wanted from an Advent Calendar.)

My family always had two Christmas trees those years in Connecticut, one that my father, my older brother, and I were allowed to trim, and one that my mother alone would decorate. Why? Hers were themed – white Christmas, Victorian Christmas, green and gold Christmas, and (one year), napkin rings, nothing but napkin rings – and she spent serious amounts of time on those trees. The males’ tree? I recall one year my father, my brother, and I trimmed the whole thing during a football game halftime.

In any case, I know I was not unique: what little boy or girl actually wants to wait for Christmas?

I was at my wit’s end when abruptly Mr. George rose from his living room chair and went to the radio. In my memory, the radio is the size of a cement block and covered in gold-colored fabric. The dial was the diameter of the palm of my hand. He was smoking a cigarette — all of the adults but my father were smoking cigarettes — and with great excitement he spun the dial until he found the station he was looking for. He insisted I sit down on the ottoman before the fireplace and listen.

I did and that instant would become for me a moment of revelation that I can liken without hyperbole to Charlie Brown watching Linus stand center stage in the school auditorium and explain the meaning of Christmas by reciting the second chapter of Luke. Mr. George wanted us all to hear a transmission from outer space — from astronauts Frank Borman, Jim Lovell, and William Anders. We were listening to men almost (but not quite) on the moon.

Anders began by sharing how they were flying over one of the future landing sites, the poetically christened Sea of Tranquility, watching the “long shadows of the lunar sunrise” on the ground. Then, after a pause, he said that the crew had a message for the people back on earth:

“In the beginning God created the heaven and the earth,” Anders said. For the next few minutes, the astronauts read from the first chapter of Genesis. There was light. Firmament. Water. Land.

The transmission was scratchy and occasionally hard to understand, but that only added to what a marvel it was. There were atheists then who questioned the decision, but has the poetry of Genesis ever been more rich than when read by three men in a cramped space capsule, orbiting the moon for the first time in human history? This was the mission when Anders took that now classic photograph, “Earthrise,” a color image of our spinning blue marble from the lunar orbit. The idea of reading from Genesis? Poignant and powerful, the intersection of aspiration and awe. Of hope. This was one of those rare instances when the world together could exhale in wonder at the miracle that is mankind at its best. My father sat perfectly and uncharacteristically still. My mother’s eyes, I saw, were damp.

Even though I was at an age when I still waited desperately for Santa Claus, I understood that 1968 had been a terrible year. The assassination of Martin Luther King, Jr. Of Robert Kennedy. The cities in flames.

And, of course, Vietnam – and Bob and Mary George’s son-in-law, a soldier in harm’s way on the other side of the globe.

When the transmission was over, no one moved for a long moment. Then my mother motioned me over: she wanted me – she needed me – to sit in her lap.

Make no mistake, I was probably as greedy a child after that reading from space as I was before it. I would love here to offer alliteration and call it a sermon from space, but that would in some way diminish its magic, and I believe it would misrepresent the three astronauts’ intent. It wasn’t a sermon; it was – by its simple existence – a testimony to what remarkable beings we are, and what a gift it is to breathe. To stretch. To not merely gape at the moon, but ascend to it.

And yet if I remained as acquisitive a little boy on December 26th as I had been on December 23rd, I was reminded of something I had managed to miss in Sunday School, obvious as it was: the foundation of Christmas begins in a crèche – not a sleigh. (Yes, it’s a different testament – but you know what I mean.)

Our car would make its way up that black diamond of a driveway and then coast to a stop without incident in our own. We would be home before Santa.

The historical record shows that Borman concluded the reading by telling his listeners, “And from the crew of Apollo 8, we close with good night, good luck, a Merry Christmas, and God bless all of you — all of you on the good Earth.”

Indeed. Merry Christmas. May our world somehow find peace in 2021.

Chris Bohjalian’s new novel, “Hour of the Witch,” will be published in April.  His novel, “The Flight Attendant,” is now an HBO Max series starring Kaley Cuoco. 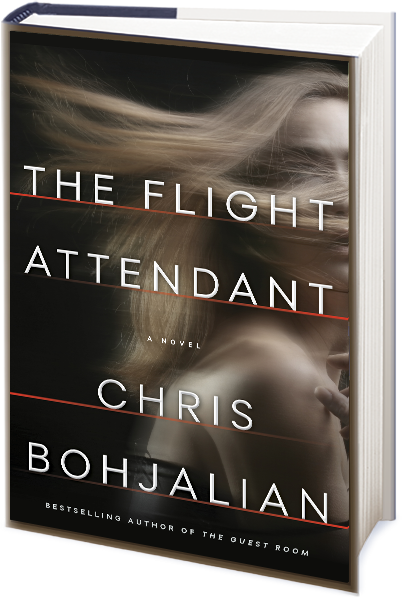