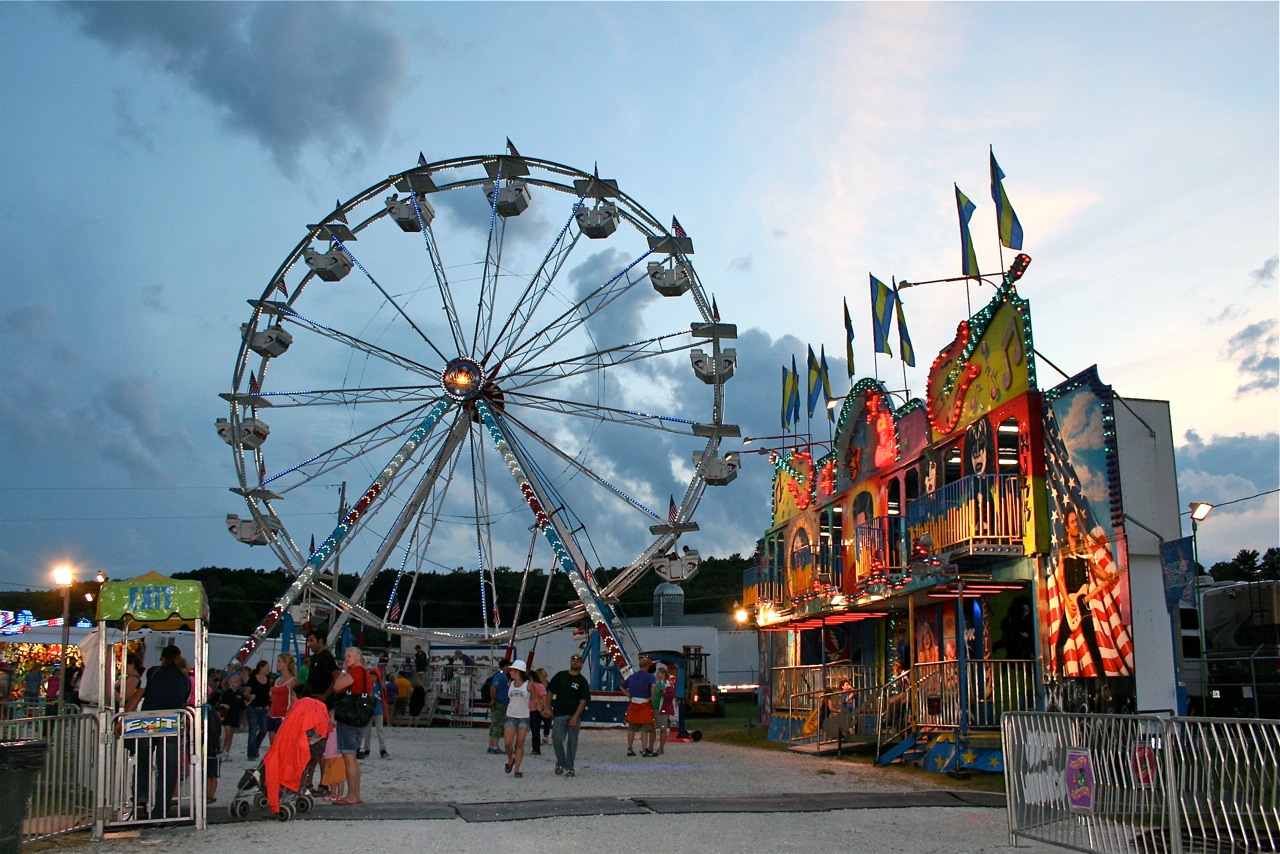 A couple of years ago, Chris Ashby, director of operations at the Champlain Valley Exposition, saw three boys peering longingly through a fence at the Champlain Valley Fair. He guessed the kids were 8 or 9 years old. On the other side of fence was the fair’s tractor pull, and Ashby could hear the indefatigable growl of the engines. He gave the kids tickets so they could watch the competition properly. “They didn’t walk into the venue and they didn’t run into the venue,” he recalled. “They bounced.”

That’s what the fair is all about, Ashby told me, adding, “You see an inherent delight on all the kids’ faces when you walk around.”

The fair opens in five days, a 10-day bacchanal to commemorate the end of summer. For some people, the fair is a celebration of agrarian Vermont, with majestic Morgans and Belgians, Holsteins with “good dairy strength,” and pumpkins the size of Mini Coopers. For others, it’s the midway, with rides called Zyklon, Zipper, and Fireball that are designed to terrify us — yet with the presumption that we are nonetheless perfectly safe. And for still others, it’s the food: the fried dough, the maple creemees, and (yes) the pork boners.

I have gone annually since I was a young man, watching my daughter and her friends grow from savoring the classic carousel to standing in line for the centrifugal (and myriad) vomitrons. My wife and I met the Batman there. We watched the dogs that dive and the pigs that race. Every year I consume a bloomin’ onion on my own; she eats all things maple.

And while so much of the fair is predictable by design — we want there to be blue ribbons for tomatoes and cukes, we want carnies assuring us that it’s easy to win a stuffed Pink Panther as tall as a toddler — there are always moments of re-invention. This year there is a home brew contest, with the Best in Show beer getting to brew a “pilot batch” at the 14th Star Brewery in St. Albans. Chefs from the Essex Resort and Spa will be giving cooking demonstrations (although rumor has it they will not be whipping up pork boners). There will even be vegan smoothies.

There is another reason, however, that we gravitate to the Champlain Valley Fair. There is a reason that we love all the fairs that pepper Vermont in August and September. “There’s a certain amount of melancholy because it’s the end of summer,” Ashby said. “The kids are going back to school. We’re all about to change into a whole different set of clothes. Everything changes after the fair.”

In other words, this is summer’s last hurrah. We are not precisely fiddling as the season burns, but we are all cognizant that the days are growing short, there is a chill in the night air, and our tomato plants look like the tentacles from dying man o’ war jellyfish. The fair is the ritualistic point of demarcation our souls crave. We will see people there we may see once a year, returning like barn swallows to that nest they built in the rafters twelve months earlier, drawn inexorably (and magically) back. And we will connect.

Yes, much of what we will eat at the fair is empty calories. I get it. Most of the games we will play at the midway are bait-and-switch. And the rides are never as long as we’d like.

But we all also know this: there is a phosphorescent beauty in a Ferris wheel at night. There is charisma in a miniature horse. There is confidence attached to those 4-H ribbons our children earn.

And there is the bounce in all of our steps when suddenly, seemingly out of nowhere, someone gives us tickets to the tractor pull.

(This column appeared originally in the Burlington Free Press on August 23, 2015. There are now two Idyll Banter columns remaining. After 23 and a half years, Chris will be filing his last column on Sept. 6. Chris’s new novel, “The Guest Room,” arrives on January 5, 2016.)