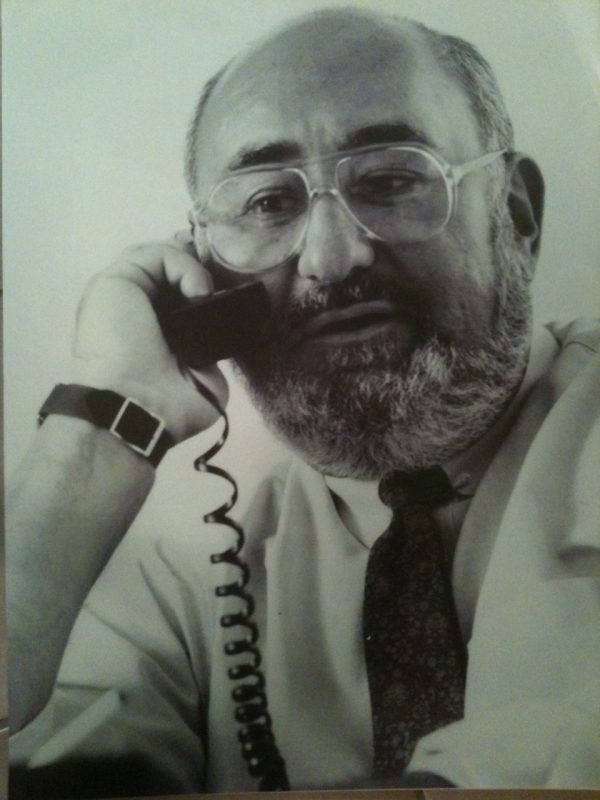 In one of the last weeks of my father’s life — though we had no idea at the time that he would be leaving us shortly as a result of a burst blood vessel in his brain — he asked me to intervene with the caregivers at his assisted living facility who felt he was too frail to shower without their help. At the time, this was only the latest indignity that he was shouldering. My negotiations with the nurses were complex and fraught, but eventually we worked out a compromise that (mostly) satisfied all parties. Nevertheless, the experience reminded me of what Philip Roth wrote in his novel, “Everyman:”

“Old age isn’t a battle; old age is a massacre.”

My father has been gone years now, and my mother died decades ago. Rarely (and only rarely) do I gaze at my phone on a Sunday afternoon and think, “Oh, I should tell Dad this,” before remembering that’s not quite possible. And never does that notion cross my mind about my mother. I didn’t even own a cell phone when she died.

As Idyll Banter winds down this summer after nearly a quarter century, I’ve looked back at many of the columns and I think some of my favorite stories were about my father and his friends as they fought that good fight against aging and death. As a culture, we’re not especially comfortable with old age. Occasionally there will be movies about the degradations that accompany the far side of 60 or 70 that will touch a nerve. “The Best Exotic Marigold Hotel” and its sequel come to mind. So do novels such as Rachel Joyce’s “The Unlikely Pilgrimage of Harold Fry.” But they’re rare.

And while much of our cultural ageism focuses on physical infirmities and the body’s inevitable decline, my sense is that increasingly it is triggered as well by technology. Yes, technology prolongs our lives. But it now moves so quickly and changes so fast that my father and his friends felt humiliated and shamed by new “gadgets” as often as they were awed by them. My father never did understand the difference between a DVD player and a laptop computer. My mother-in-law, who was considerably more tech savvy than my father, had a dial-up Internet connection until the day she died in 2011.

Let’s face it: it must have been a heck of a lot easier to earn respect as a dowager countess in “Downton Abbey” when you and the young folks spoke the same language, and no one was tweeting and texting when you were trying to carry the banner against vulgarity. (In all fairness, of course, even “Downton Abbey’s” Countess Violet Grantham had to cope with a device called a telephone.)

Consequently, it crossed my mind that perhaps I should consider writing this column as I aged, and use it to chronicle my own advancing decrepitude. I started writing Idyll Banter as a young man 23 years ago; why not write it another 23 (assuming I live anywhere near that long)? Why not record my own battles with the nurses who felt I was too old to shower alone, or my failures to grasp the grandson of the Apple Watch? After all, I was never shy when it came to celebrating my non-age-related ineptitude.

But, in the end, I feared that weekly forays into this sort of wistfulness would do me in. In the past, chronicling my father’s — and, yes, my mother-in-law’s — trials could always be interspersed with accounts of my cats’ epic turd hockey skirmishes, my daughter’s preschool (and, later, high school) adventures, or the quirkiness of our beloved Vermont.

So, when I pop back into this newspaper in the coming years with an occasional Idyll Banter column, expect it to be about the wonders of aging and not my inexorable diminishment. In the years to come, I would rather be writing about wisdom or books or (someday) my daughter’s marriage than all the things that — suddenly, inexorably — I am too old for.

In some ways, the last 815,000 words in this column were easy. The next 815,000 would have been much harder. They would, alas, have been just a little too much like life.

(This column appeared originally in the Burlington Free Press on August 16, 2015. There are now three Idyll Banter columns remaining. After 23 and a half years, Chris will be filing his last column on Sept. 6. His new novel, “The Guest Room,” arrives on January 5, 2016. You can preorder it wherever books are sold.)