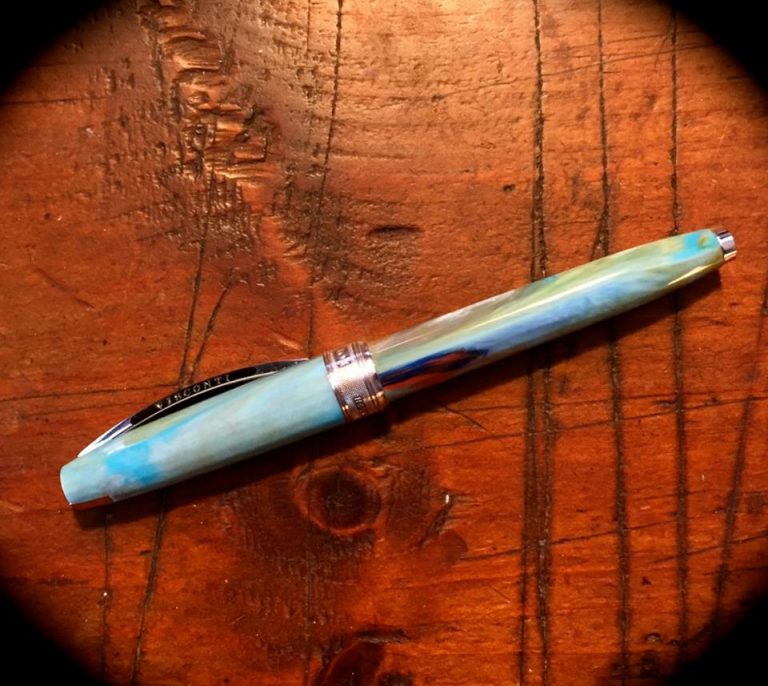 John Gardner was thrown from his motorcycle and died the year before his book, The Art of Fiction, was published in 1983. Consequently, he never saw the influence that his short, smart guide to good writing would have on so many aspiring writers – including me.

In the last thirty years, I’ve thought often of a point he makes in the preface: “Though the ability to write well is partly a gift – like the ability to play basketball well, or to outguess the stock market – writing ability is mainly a product of good teaching supported by a deep-down love of writing.” I never took a creative writing class, so his book was my Bread Loaf, that almost mythic writing conference in Vermont’s Green Mountains where (among other places) Gardner taught.

Just for the record, I did try once to take a creative writing course. I was a sophomore in college and the writer in residence read a sample of my work to see whether I was worth her time. She summoned me to her office and said, “I have three words advice for you.” I could tell this wasn’t going to be good. “Be a banker.”

My sense is that by a “deep-down love of writing,” Gardner meant an appreciation for the way that we string words together: the finished product. But I like to believe he might also have been considering the process of putting words down on paper. Writing, in this case, would be both a noun and a verb.

The reality is that not all writers enjoy the process of sitting down and writing. Dorothy Parker once confessed with her usual cleverness, “I hate writing, I love having written.”

But most of us do enjoy it. We have a deep-down love for the process. Even Hemingway, whose letters and interviews are rich with melodrama about the pain and hard work of being a writer, on occasion would confess to Max Perkins (and others) how much he loved it.

Certainly I do. I write every day. I’m at my desk with an eight-point-four-ounce can of Sugar Free Red Bull (the first of two I will finish by lunch) by six AM. The goal each day is to produce a thousand words. Yes, like Hemingway, I count them – or to be precise, Microsoft Word for Apple counts them. But even when I was a young man writing with blue, fine-point Bic pens on yellow legal pads before going to work at an ad agency, I counted the words. I don’t always reach a thousand, but the point is to get something down on paper I can work with. As novelist Jodi Picoult has observed – a remark that captures both her wisdom and humor – “You can edit a bad page. You can’t edit a blank page.”

I depend upon two techniques that Hemingway championed. First, I always begin by rewriting the last 200 or 300 words I wrote the day before. This reacquaints me with the material and gives me momentum: Think of a plane gaining velocity and then rising as it hurtles down a runway. I am also, of course, editing the text. Improving it. Second, I always knock off around lunchtime. This way I always have a little gas in the tank for the next morning.

Now, that doesn’t mean that I spend my life working only half-days. The afternoons are filled with research: interviews with people who know more about a subject than I do (heart surgery, human trafficking, why planes crash). But the afternoons are often filled with biking, too, at least for the seven months a year when it’s pleasurable to ride here in Vermont. I am an avid bicyclist, and the riding helps my writing. Someone – I don’t recall who – once observed that the most important tool a writer can have is a walk. For me, it’s a ride. When I am alone on my bike somewhere between the Lake Champlain Bridge and the top of the Lincoln Gap, I am invariably thinking about whatever book I am writing.

There are a couple of reasons why I have found my bicycle such an important tool. One is the shower principle – a term I learned from the fictional Jack Donaghy on “30 Rock.” It has less to do with sweat than it does with clearing one’s mind. “The shower principle is a term scientists use to describe moments of inspiration that occur when the brain is distracted from the problem at hand – for example, when you’re showering,” Donaghy explains. I have no idea if this is a real term that any scientist outside of TV Land has ever used, but we all know there’s a certain truth to it. On my bike I have figured out how books will end and determined whether characters will live or die. My 2007 novel, The Double Bind, was born on a bike.

And over the last few years, I have grown more likely to stop and pull my iPhone from my cycling jersey, and write entire scenes on the device. The moment in Close Your Eyes, Hold Hands when narrator Emily Shepard retreats into a shopping mall bathroom with her cutting kit was written on my iPhone while sitting beside a gazebo in New Haven, Vermont.

Finally, it is worth noting that as much as I love writing (the verb), I probably love writing (the noun) even more. I doubt anyone becomes a serious novelist who doesn’t love reading: savoring paragraphs that precisely capture longing or dread or desire. Being riveted by a plot twist that is utterly surprising but, you realize, perfect, because it was inevitable.

I don’t play basketball well and heaven knows I have never guessed right on the stock market. But I can’t imagine a gift for either would have made me any happier in this life than writing.