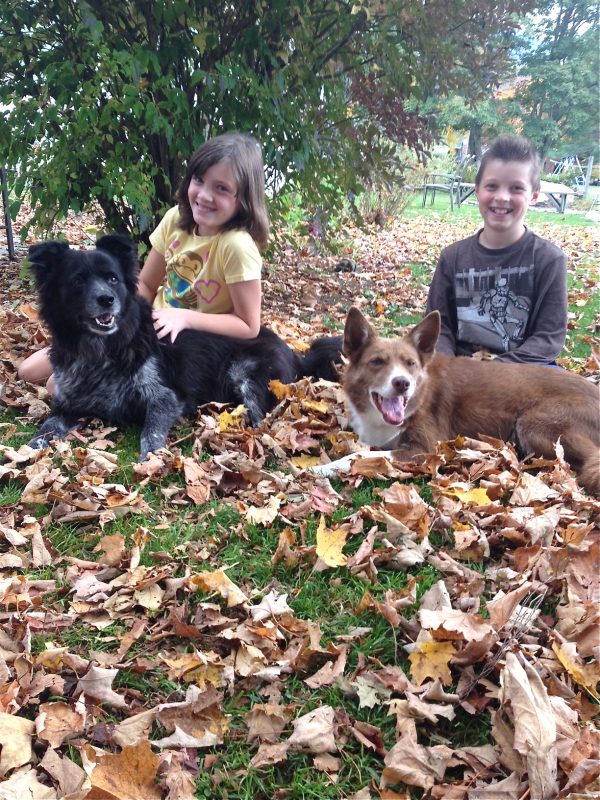 Among my boyhood dogs in Connecticut was a small mutt named Beauregard. How small? He came to mid-shin. He was so homely that one of my older brother’s friends insisted he was the offspring of a pig and a rat. But he was among the smartest and happiest dogs I ever met.

And every morning, usually when my brother and I were about to leave for school, a spectacularly handsome golden retriever – the kind that wins dog shows, the kind that becomes a movie star – would appear at our front door. His name was Buffy and he belonged to our neighbors, the Fentons, who lived about four-hundred yards away through the woods. We would open our door, Beauregard would race out, and the two dogs would disappear for hours – often the whole day. Invariably, sometime before dark, Buffy and Beauregard would return. Buffy would drop Beauregard off at our home before continuing on through the woods to his house. The two dogs were. . .friends.

I mention this because I came across a study this past summer that suggested dogs experience jealousy. The study, which appeared in “PLOS/One,” was conducted by Christine Harris and Caroline Prouvost. I first heard about it from WBUR’s absolutely terrific animal expert, Vicki Croke on “Here and Now.” (Croke also wrote about animals for “The Boston Globe” for nearly a decade and a half before joining the station.) The researchers, in a nutshell, “found that dogs exhibited significantly more jealous behaviors (e.g., snapping, getting between the owner and object, pushing/touching the object/owner) when their owners displayed affectionate behaviors towards what appeared to be another dog as compared to nonsocial objects.”

This study was, in some ways, groundbreaking – unless, of course, you’ve owned a dog. Or a cat.

I am always a little astonished when people contend that dogs and cats (or many other creatures) don’t experience what we like to believe are “human” emotions. Jealousy. Happiness. Sadness. Likewise, I’m taken aback when people contend that dogs and cats don’t have complex relationships with one another – such as friendship. In a blog post in August, Croke pointed out the verbal lengths to which some people will go to deny this reality:

“We humans seem determined to separate ourselves from the rest of the animal kingdom, even if we have to cheat. And sometimes it does sound like cheating. Because while scientists continue piling up the evidence, documenting how much we share with other animals—emotionally, cognitively, and neuro-chemically—many humans still use outdated linguistic distinctions that put animals in their (allegedly inferior) place.”

I could regale you (or bore you) with dozens of the ways my five cats bond or battle with each other in ways that suggest the sorts of sibling dynamics that Louisa May Alcott made famous in “Little Women.” Among them? Jealousy. The desire to have my wife’s and my attention. The need to be appreciated – to feel special.

It was well over two hundred years ago that Jeremy Bentham said the issue we need to concern ourselves with when it comes to animals is this: “The question is not, ‘Can they reason?’ nor, ‘Can they talk?’ but ‘Can they suffer?’” My answer to that has always been a resounding yes – they most certainly can feel pain – which is why I am a vegetarian.

What is wonderful about this new study by Harris and Prouvost is that it provides a little more scientific heft for the idea that animals, in their own way, reason. They are more than mere Pavlovian responders. Clearly my cats are.

I have no idea how Buffy and Beauregard spent their hours together, but I will never forget one summer day when my mother and I were returning from my late afternoon swim team practice. We were in her white convertible, the top down. We were at least two miles from our home, when we spotted the two dogs near a stonewall at the edge of someone’s property. My mother slowed and the dogs – both of them – instantly recognized my mother’s car and sprinted across the street and climbed into the backseat.

It never crossed our minds that recognizing a vehicle far from home suggested the animals’ profound cognitive abilities. It was simply dogs being dogs.

(This column appeared originally in the Burlington Free Press on October 5, 2014. Chris’s most recent novels include “Close Your Eyes, Hold Hands” and “The Light in the Ruins.”)