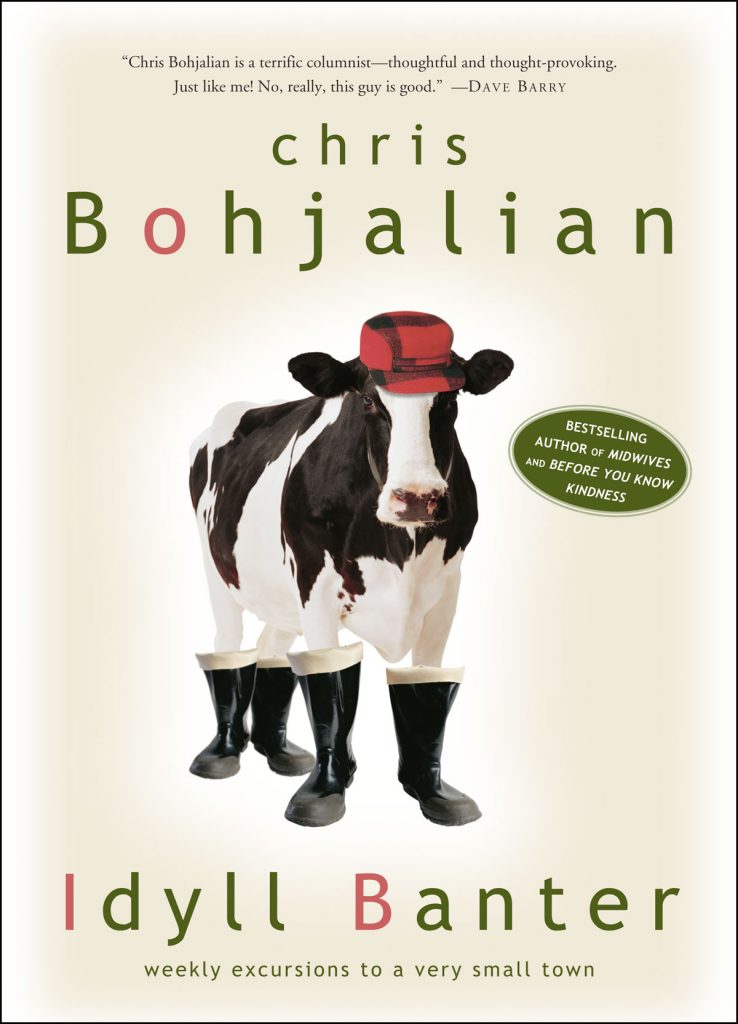 Chosen by Reader’s Digest as an “Editor’s Choice.”

In the late 1980s, while living in Brooklyn, Chris Bohjalian and his wife were cab-napped on a Saturday night, and taken on a 45-minute joy ride in which the cabbie ignored all traffic lights and stop signs. Around midnight, he deposited the young couple on a near-deserted street where officers were about to storm a crack house. Bohjalian and his wife were told to hit the ground for their own protection. While lying on the pavement, Bohjalian’s wife suggested that perhaps it was time to move to New England.

Months later they traded their co-op in Brooklyn for a century-old Victorian house in Lincoln, Vermont, and Bohjalian began chronicling life in that town in a wide variety of non-fiction magazine essays and in his weekly newspaper column.

Chris Bohjalian’s newspaper column, “Idyll Banter,” written weekly for 15 years, is a diary of both this writer’s life and how America has been transformed in the past decade and a half. It is rich with the idiosyncratic universals that come with being a parent, a child, and a spouse. Bohjalian’s wondrous non-fiction is a reflection of our own common experience.

Listen to a teaser for The Idyll Banter Audiobook!

“Whether you live in a sleepy town or a bustling metropolis, you may find yourself smiling and nodding in recognition as Bohjalian details his inept but valiant attempts at home repair and his midlife decision to get in super shape for a triathlon, describes a wedding between stuffed animals at his daughter’s preschool, or gives an elegy for a venerable Red Sox fan. . .I had thought I’d read every possible view of the events of Sept. 11, 2001. Two essays Bohjalian wrote that momentous month are so unblinkingly honest, they retain their power far beyond the immediacy of the events. The one short story included, “The Ladies’ Room Just Inside Tomorrowland,” poignantly captures the anxiety of a father giving his young daughter her first bit of independence.”

“The best book I’ve ever read about life in a contemporary village. There’s no doubt that Chris Bohjalian has established himself as one of America’s finest, most thoughtful, and most humane writer”

“Inviting. . .[Bohjalian] writes movingly about serious, intimate moments. In the book’s most memorable essay, which recounts the destruction of 80% of Lincoln’s library books by a flash flood, Bohjalian’s words beautifully capture the community’s grief: ‘I saw dazed adults crying softly…. They didn’t cry that day for the roads or the bridges that had been lost…. But they did cry for their books.'”

“Some of Bohjalian’s observations are humorous, while others sad, but they all demonstrate the author’s love and respect for the community in which he lives. This will make enjoyable reading for many kinds of readers, especially those who have read any of Bohjalian’s eight novels or are seeking information on what it’s like to live in a small town. Highly recommended for all public libraries.”

“Whether you’re aching to escape the urban grind, or yearning to have your small town experience reflected back at you in a Sex and the City world, you’ll do well to pick up a copy of Idyll Banter, best-selling author Chris Bohjalian’s collection of essays about life in a small (well, tiny) Vermont town. It’s the kind of place where town meetings are real, not virtual, and everybody knows the status of a neighbor’s ailing pet. Far from treacly, the slice-of-life vignettes benefit from Bohjalian’s unique insider-outsider status. A transplanted New Yorker, he has the keen eye for detail of an observer versus a native, but also a long-time resident’s knowledge and appreciation for the place they call home.”

“Novelist Chris Bohjalian (The Buffalo Soldier, Midwives) has the writing chops to make his commentaries interesting, and even, in small ways, unique. Let others rhapsodize in print about the scent of wildflowers; Bohjalian ponders roadkill, and odd roadkill at that — a squashed lobster. The proliferation of Vermont Wal-Marts fascinates Bohjalian, and his observations on the subject will have the same effect on readers. . .Idyll Banter is well worth your time.” 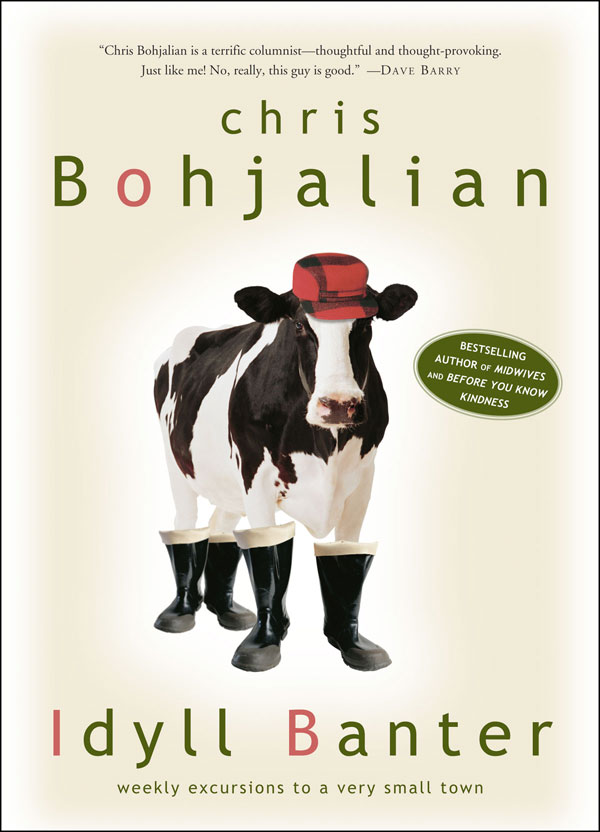