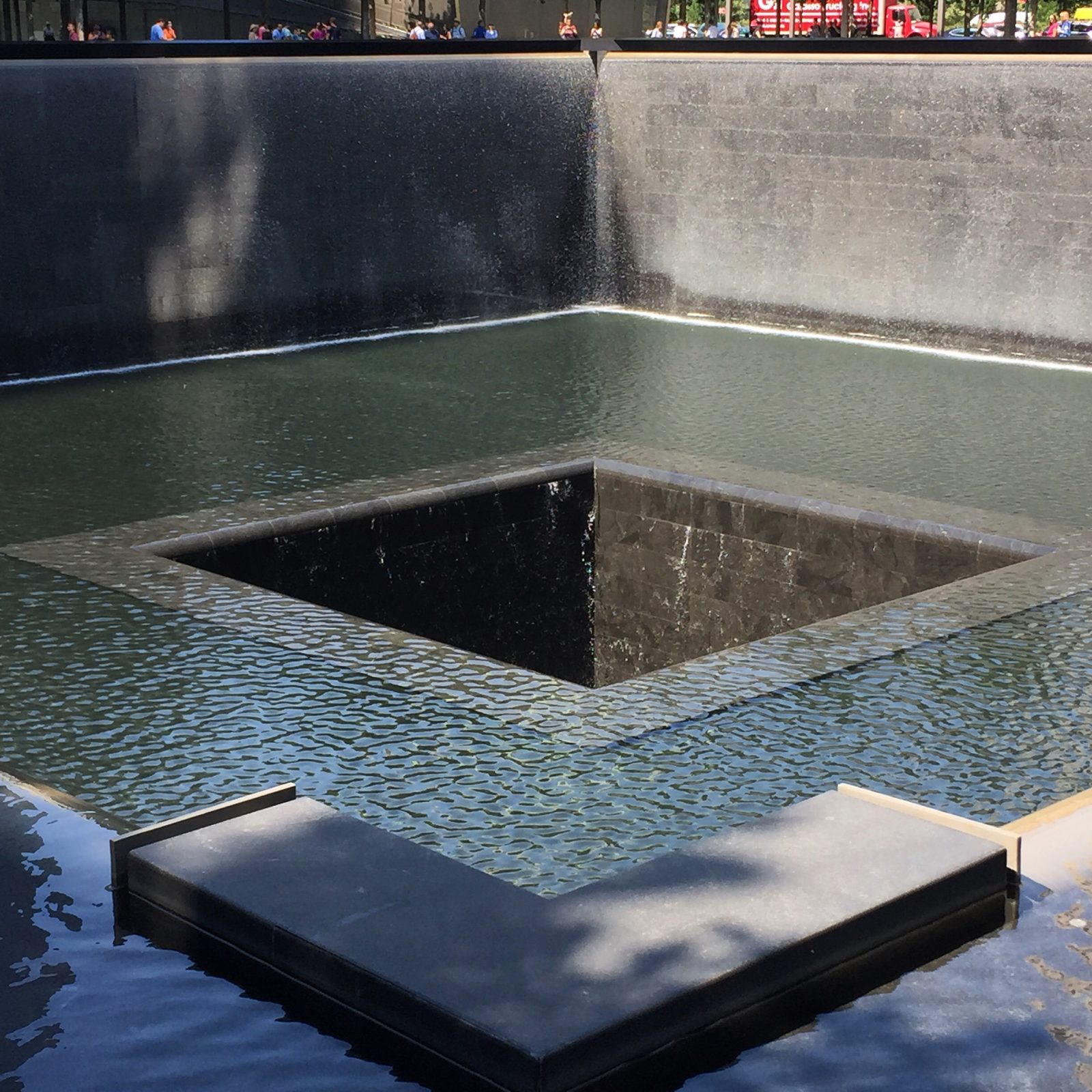 We all know where we were ten years ago today when the planes hit the towers. In my case, I was at Denver International Airport, standing at my gate and waiting to fly to San Francisco on a 7:15 a.m. flight – 9:15 in the east. I would learn more after I had boarded the flight, as all of us tried frantically to get information on cell phones that seem primitive now, frustrated that already it was impossible to reach anyone in Manhattan. It was my wife, home in Vermont, who kept me informed as best she could. Years earlier, she had worked on the 104th floor of Two World Trade. She knew that building well.

Among my memories? The cerulean blue sky over Denver that afternoon, where I would be stranded for a week. I wandered around aimlessly, staring up into the heavens that were oddly silent. There were, after all, absolutely no passenger jets in the skies by then.

Everyone has a story like that. The most poignant and powerful, of course, are those shared by people who lost family and friends on the four planes or in the mountains of rubble.

Likewise, we all sense how much the world has been transformed. In my own small, insular corner, the most noteworthy changes involve reading: The way the eBook and the digital newspaper are saving a lot of trees and wrecking a lot of attention spans. That sounds glib and I understand well that the digital genie is out of the bottle. The fact is that while I am still likely to read the print version of this paper, thanks to the digital age I read more of “the New York Times” than I did in the 1990s. And while I still prefer the paper book to the eBook, my wife reads novels both the old-fashioned way and on an eReader – and quite happily.

My point is simply this: Years from now when historians examine the first decade of the twenty-first century, my sense is that the way our brains assimilate and digest information in the digital age will be as noteworthy as a decade in Afghanistan, the war on Al-Qaeda, or the Red Sox ending their long World Series drought and winning the big prize twice.

September 11, 2001, however, the awful day itself, will always be at the core of our thinking. Make no mistake: 9/11 was a wrenching game-changer. People died. And they died horribly.

And then there are the American soldiers and members of the National Guard who have since given their lives nobly in Iraq and Afghanistan – and the many thousands more who have been crippled or traumatized or scarred. There are the New York City firefighters and rescue workers whose heroism has left them chronically ill. They have all served selflessly and we should be proud.

Which brings me back to memory. The two words, “Never forget,” are associated with 9/11. On some occasions, they have been the basis for the sort of xenophobia that makes for an offensive t-shirt or – far worse – this year’s demeaning Congressional hearings on the “radicalization” of Muslims. But most of the time, the two words have anchored deeply affecting tributes. I have always found it interesting how the sit-com, “Friends,” approached 9/11. The series was set in the West Village, at the corner of Bedford and Grove Streets. The fictional characters could have seen the towers pancake into the earth; they would have been draped in the tsunami of dust that followed. But the producers chose not to mention the attack in the episodes that aired in 2001 and 2002. (They even deleted a scene in which Chandler Bing jokes about blowing up a plane as he passes through airport security.) But there is one episode in which Joey Tribbiani wears a t-shirt with the Fire Department of New York logo and the name of a firefighter who died that day at Ground Zero. I find the understatement of that gesture moving.

Where will we be ten years from today? (Please, not Afghanistan.) Your guess is as good as mine. But I assure you: None of us will have forgotten where we were on 9/11.

(This column originally appeared in the Burlington Free Press on September 11, 2011. Chris’s next novel, “The Night Strangers,” arrives on October 4.)