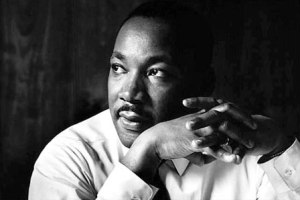 It was twenty years ago that I interviewed Cornel West for a lengthy magazine article. He was only 42 then, but he was already an intellectual rock star and the bestselling author of “Race Matters.” Harvard had just lured him away from Princeton. He’s now a professor of Philosophy and Christian Practice at Union Theological Seminary, and back at Princeton as a Professor Emeritus. He was a frequent guest on the Colbert Report until the show ended, and had one of the best cameos ever on “30 Rock.” He explained to character Tracy Jordan – a.k.a., Tracy Morgan – the importance of having black role models other than the Darth Vader and ninjas.

I was terrified before I met West for the first time back in 1995. It wasn’t that I was about to spend the day in Cambridge, Massachusetts with a guy who I knew was way smarter than I was. It was the reality that my mother had died three days before in Florida and I was flying directly from Ft. Lauderdale to Boston to meet him. I knew my game was going to be a little off.

My worries were unfounded. We talked at length off the record about dead parents, and the roles of our own mothers and fathers in who we had grown up to be. I was grieving and shell-shocked, and he was the perfect therapist. But I was there as a journalist and so the two of us talked mostly about the state of race relations in America.

Tomorrow, of course, is the day we commemorate Martin Luther King, Jr. I saw on the Union Theological Seminary web site that West is teaching a course on King and Gandhi this spring.

King would have turned 86 last week, had he not been assassinated in Memphis in 1968. That was 47 years ago. King has been gone longer than he was alive. I wonder if he would look at the election of President Barack Obama and the promise of 2008 and then at the racist police brutality that ended 2014, and – like many of us – wonder how it all went wrong.

But my sense is that it’s not that something went wrong between 2008 and 2014; rather, it’s that not enough changed between 1968 and the present. Just think of what we witnessed as last year came to a close: women and men lying on the floor of Grand Central in Manhattan or standing on Lake Shore Drive in Chicago, the new rallying cry a horrific reminder of a black man named Eric Garner’s last words as a white police officer choked him to death: “I can’t breathe.” Recall the unrest in Ferguson, Missouri in the days before Thanksgiving, after a grand jury chose not to indict the white police officer who killed an 18-year-old African-American named Michael Brown.

Somehow, the legacies of slavery and segregation and Jim Crow are with us still – despite so many white and black Americans who honestly are color-blind. And while there is no easy solution, there is this reality, a lesson I will never forget from West’s “Race Matters:”

“To establish a new framework, we need to begin with a frank acknowledgment of the basic humanness and Americanness of each of us. . .There is no escape from our interracial interdependence.”

If there is any good to come from the tragic and needless deaths of a pair of black Americans that marked 2014, it is the reminder that we cannot stop trying to reach out across the racial divide. It means acknowledging that we have still not brought King’s dreams to fruition – but that we still can.

When my afternoon with West was coming to an end, he shared a story about a man he described as both deeply conservative and a very old friend. The two of them would, he said, sit down and talk, and really “go at it.” And yet they were still friends. “We can learn so much from each other,” West told me, “if we would just take the time to listen.”

Indeed. But if we are going to live up to the promise in King’s vision, we have to listen – especially when somebody is telling us he can’t breathe.