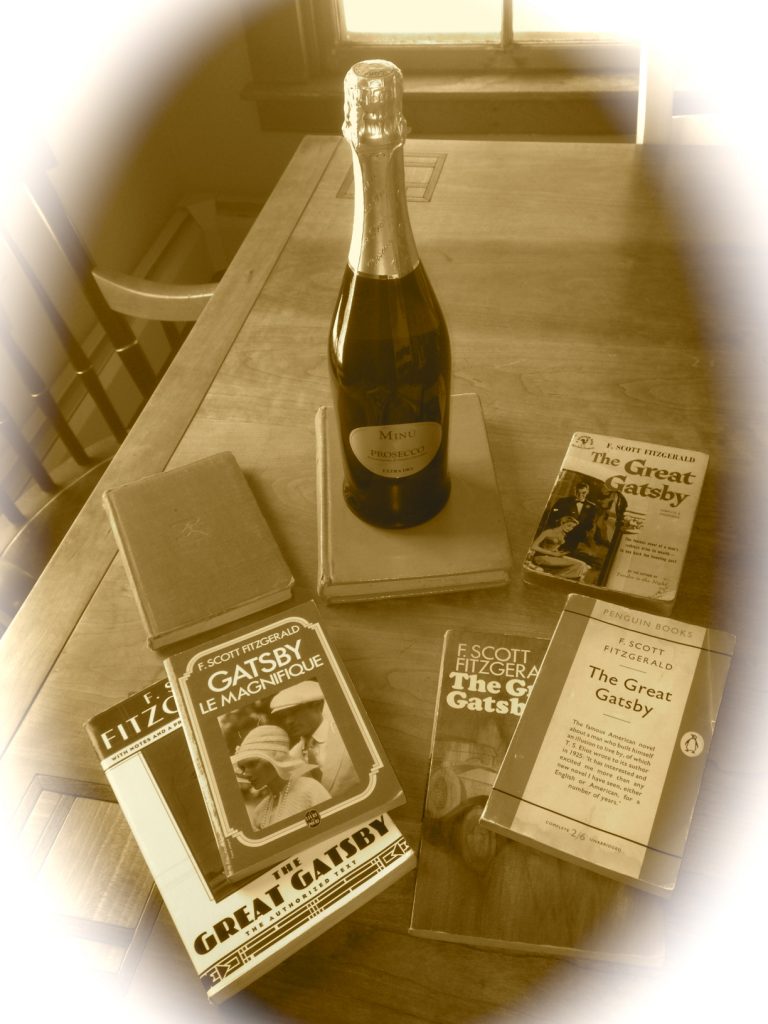 This coming Wednesday night, once again – as I do every year – I will be contemplating the irony and wistfulness in the penultimate sentence in “The Great Gatsby:”

“Tomorrow we will run faster, stretch out our arms farther. . . .And one fine morning – ”

Fitzgerald was on to something when he combined revelry with self-delusion. Those emotions are the yin and yang of New Year’s Eve, making the holiday rather Gatsby-esque. We party hard – some of us harder than others – because the night is a tyrannical reminder that we are all another year older, but this time no one is giving us presents to cushion the blow. At the same time, we water (sometimes with champagne) that seed of optimism inside us that we will use the New Year as a reboot. It’s our second chance. Or thirty-second. Or even seventy-second. This coming year we will, somehow, get it right.

It’s rather remarkable, and says something about what is certainly among our most endearing traits as a species: Our ability to hope.

I’ve never stood in Times Square as the ball falls as midnight nears, but I’ve witnessed some pretty wonderful moments on New Year’s Eve: There is my lovely bride diving headfirst – fingernails out – across a dining room table after a spoon in the world’s best card game, Spoons. I should note she was sober. But she is athletic and competitive. She plays to win. We were at a party at friends of ours here in Lincoln.

There are the two bartenders, a man and a woman, at a restaurant in Burlington, spontaneously breaking into dance behind a redoubtable slab of burnished mahogany as midnight peels on my wife’s and my first New Year’s Eve in Vermont. The restaurant has changed hands at least twice since then, but the memory lingers. My wife and I decided the pair was in love.

And there are all of those January firsts when I was a boy and I am surveying our house after my parents’ New Year’s Eve party the night before. There is something reassuring about the debris in the kitchen sink and the living room side tables with half-filled glasses of Scotch. My parents are still asleep, but there had been people laughing into the very small hours of the morning. If I were awake at midnight, my mother would come to my bedroom and bring me downstairs so I wasn’t alone when the New Year arrived. Sure, I was surrounded by grownups, some of whom were seriously soused, but my mother understood something important about New Year’s Eve: It is a holiday about connection. Human connection.

What happens when you spend New Year’s Eve alone? Just before I started eighth grade, my family moved to Miami, Florida. I was home alone that New Year’s Eve, and I consumed a rolling pin-sized tube of frozen chocolate chip cookie dough. I didn’t bother to bake it. I ate it raw.

Let’s face it, we are all a little diminished without each other – and the world but a sad and spinning blue marble. Sartre was wrong: Hell isn’t other people. It’s their absence. What makes humankind so extraordinary is the way we find hope in one another, despite our myriad and constant failings.

And so once more this week we will wake up on the first and we will – Gatsby-like – vow to run faster. We will pledge to stretch farther.

And that’s why the night before, the last night of 2014, I will raise a glass at midnight. I will toast to my family and friends, and to better times for strangers in need. I will hope and pray that this year our annual reboot will succeed.

May 2015 bring us all peace and wonder and joy. Happy New Year.

(This column appeared originally in the Burlington Free Press on December 28, 2014. Chris’s most recent novels are “The Light in the Ruins” and “Close Your Eyes, Hold Hands.”)