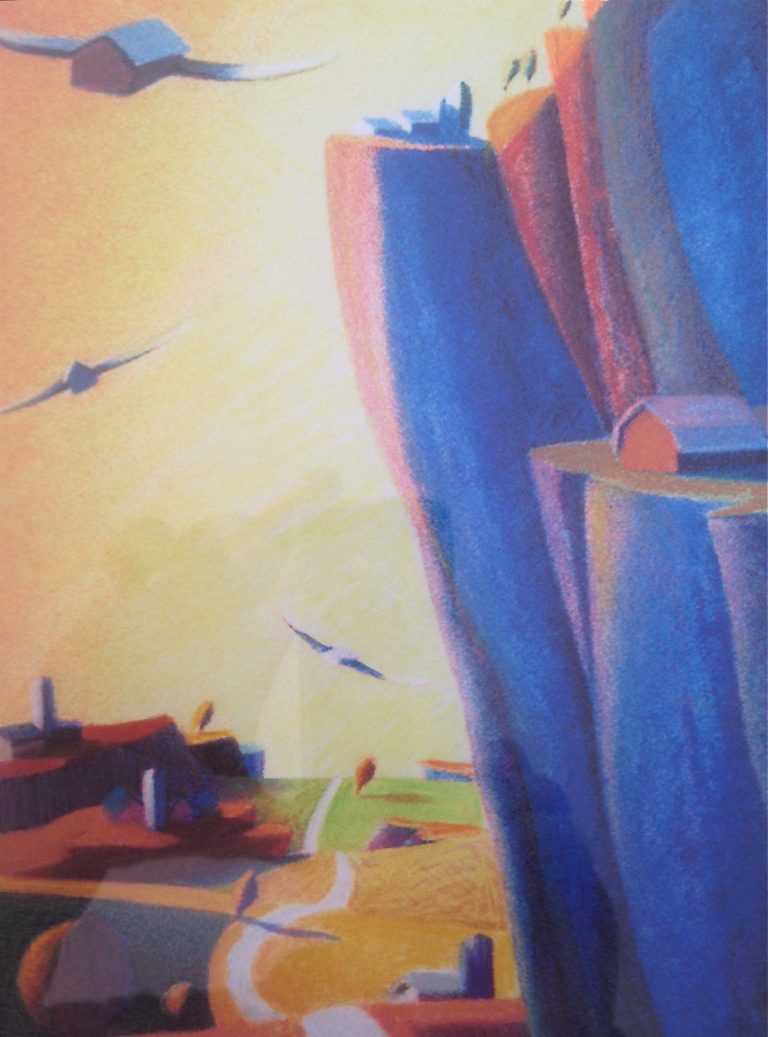 I’ve also been reading a bit of Freud and a bit of Jung, but a little of either analyst goes a long way in a novel – especially a novel set in Vermont in the present. I’ve also been thumbing through articles on nightmares and essays about dreams about sex (which, of course, can also be nightmares). I’ve contemplated the way we use the words “nightmare” and “dream,” which is rather like navel-gazing, unless the people using the words are James Joyce, Frida Kahlo, or Martin Luther King, Jr.

And just as I am thinking more about my own dreams, I am driving my wife crazy by asking her about hers. My wife may be a lucid dreamer. Sometimes when she is asleep, she’s aware that she’s dreaming and has some control of the content. It also means that she is capable of waking herself up when the dream is morphing into a nightmare: before the plane she is on actually crashes, for instance. But it also means that she will remind herself as even less dramatic action is unfolding that she is dreaming and this is, perhaps, merely wish fulfillment of a sort. In the months after her mother died suddenly in 2011, she dreamt of her mother often, the two of them behaving as if her mother were still alive and they were conversing in her mother’s Manhattan apartment; always, however, my wife understood that her mother was dead and this was (sadly) only a dream. Likewise, she enjoys flying without a plane, and does so periodically – well aware that she is, technically, asleep.

And yet there is nothing we hate more as readers and viewers than a story that ends with these five words: “And then I woke up.” We feel utterly cheated. There are a few exceptions to this, of course. We do not merely forgive L. Frank Baum and “The Wizard of Oz” for building his story around Dorothy Gale’s dream; we cherish the construct. Likewise, we accept (more or less) the premise of Christopher Nolan’s movie, “Inception,” which has characters attempting to move about in one another’s subconscious and dreams.

So much of what novelists and filmmakers do is to try and convince our audiences to suspend disbelief. “Fiction does its work by creating a dream in the reader’s mind,” observed John Gardner in his concise examination of our craft, “The Art of Fiction.” He compares this dream to a movie in the reader’s head, adding that most of the time there is nothing worse a writer can do than distract the reader – “[break] the film, if you will” – with bad technique. In other words, we never want to wake the reader from the fictional dream.

Which brings me back to real dreams. Lucid dreams. Nightmares. I think I know the answer to this, but one of my characters has been pondering which is more profound: the relief when we wake that a nightmare was but a dream, or the sadness when we wake that a good dream – a really good dream – wasn’t real? Certainly I’ve experienced both. Everyone has.

And it is very easy to read more into a dream than is there.

But here is the one, deeply personal reality I keep coming back to: I start writing the moment I wake up. I go downstairs and pop a sugar free Red Bull and I am off and running. It’s a work habit that goes back to my years before I became a full-time novelist: I would write everyday between five and seven a.m. in the morning before going to work at advertising agencies in Manhattan and then Burlington, Vermont.

It’s only now, as I write a book in part about sleep, that I am realizing why this time of day has always worked so well for me: I am still half-asleep when I start, and my mind is still rich with the magic of dreams.

(This column appeared originally in the Burlington Free Press on March 29. The ebook of Chris’s love story set in the midst of the Armenian Genocide, “The Sandcastle Girls,” is on sale this week for $1.99 wherever ebooks are sold.)