But in my memory it was the size of a cat. It was vaguely wasp-like – black and yellow – with both a stinger at the rear and an earwig’s pincers emanating from the sides of its jaw. If you packed its bulbous abdomen with D batteries, it would motor across the floor on its six spindly legs with surprising quickness. It didn’t lumber; it scooted. It was the scariest big plastic bug ever, and it was under the Christmas tree waiting for me when I was five.

And those pincers? The tips, though plastic, were sharp enough to pierce skin. I recall cutting myself by accident when I was experimenting to see what else those pincers could pierce. (They couldn’t puncture a Rheingold beer can, but they could strip wallpaper.)

These days, it’s hard to find big plastic bugs that can strip wallpaper. They’re out there somewhere, but by and large they just don’t make toys like they used to. Thank heavens. Sometimes I think it’s a miracle that my generation made it to adulthood. The toys of my childhood? Terrifying.

I’m not referring to Gumby or Hula Hoops or the Etch a Sketch. We can still find those.

I’m thinking back on the ones that maimed and killed and have since been discontinued (or outlawed), but once upon a time Santa Claus left under the tree. In all fairness, of course, this was also an era when I used to sleep on a mattress in the far back of a station wagon on long car trips while one of my parents was driving.

Consequently, Santa brought me a wood-burning kit that could have left me scarred for life. Actually, it could have left me branded for life. One year he brought me the original Creepy Crawlers. Back then, the “Thing Maker” that transformed “plastigoop” into squishy rubber bugs had to have been hotter than a nuclear reactor. (When it was resurrected a few years ago, the cooker was a light bulb.) I was always burning myself. Always.

And, of course, I had my own set of Jarts.

I believe that the original Jarts (or lawn darts) are now part of the standard armaments on military drones. You want to rain down fire and brimstone on a Taliban terrorist compound? Drop a few Jarts. Today’s lawn darts have rounded plastic tips, but the set I had as a kid had thick metal points and must have been a foot long. Then (as now) you were supposed lob them underhand at plastic rings you placed in the lawn, and it was reminiscent of horseshoes. We never played it like that. Never. We’d hurl them as high into the sky as we could, heaving them from elevated porches and second-story windows to give them ever greater velocity as they fell back to earth. Today the Internet is awash with stories of lawn dart cataclysms (and lawsuits), some of which are heartbreaking. Fortunately, lawn darts with metal points were banned in the United States a decade and a half ago.

My sense is that my parents were a lot like Santa, in that they, too, saw the innocent joy to be found in a “toy” oven hot enough to cook plastic. I imagine they loved shopping for me when I was a boy, in much the same way that my wife and I always loved shopping for our daughter when she was a child. Our daughter just turned 21, but it still feels like only yesterday that we would stand amidst the long aisle of Barbies or the special room in that special toy store that had the best princess gowns this side of “Game of Thrones.” There was our daughter’s troll phase, her horse phase, her Barbie phase, her American Girl phase. . .

I miss the toy stores, I really do. I miss needing them. . .

Now, none of this means that Santa is guaranteed to bring your children only safe toys this Christmas. Heaven knows he’s brought wrongheaded ones in the past. (Can you say “chemistry set?”) Based on his belly, he’s not especially disciplined. I’ve never seen a seatbelt on his sleigh. And some people might find an easier, safer way into a house than a chimney. (Not judging.)

But at least he’s a little more careful today than he was forty and fifty years ago – though I did love that big plastic bug. 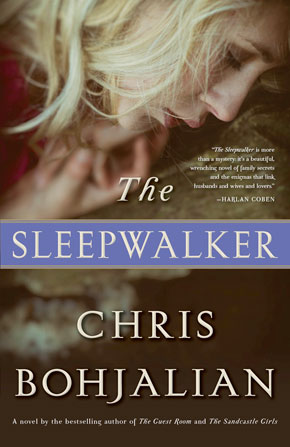