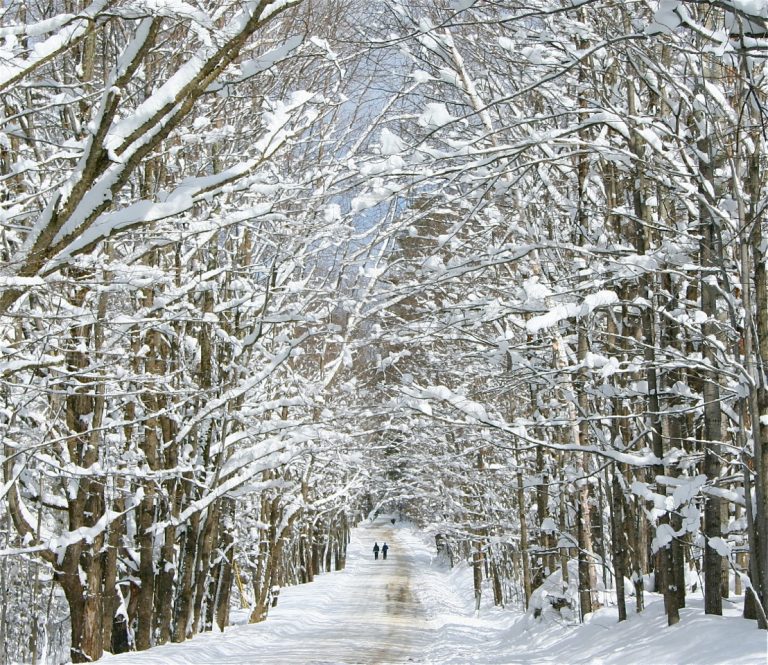 A lot of my friends here in the Land of the Polar Tomato – aka, Vermont – are not big fans of January. Those post-holiday blues, which are universal, are exacerbated by withering cold, dicey roads, and days that are very, very short. Admittedly, the days are growing longer, but those June and July evenings when the sun sets hours after dinner are a long way off.

Certainly when I think of January, I think of frozen pipes and the time I nearly blew up the house running a propane torch over what I thought was a frozen water pipe. Nope. It was an LP gas pipe. I recall ice jams on my slate roof that in the midst of the invariable January thaw become melting glaciers, the water dribbling through the Byzantine inside walls of my house and into the kitchen light fixtures. And I envision the endless treks between the woodshed and the woodstove, and the time I spend feeding the beast and hoping it doesn’t “Chernobyl.” (When a woodstove “Chernobyls,” it melts down. It unleashes a chimney fire. My wife and I use the name of the ill-fated Soviet nuclear plant as a verb – as in, “Honey, the woodstove nearly Chernobyled this afternoon.” It instantly conveys the chaos and terror of a chimney fire.)

And then there are the power outages.

And the way the house booms in the night, the timbers expressing their own frustration with the way the thermostat is plunging to ten, twenty, and even thirty degrees below zero.

But I rather like January. Sure, it’s a physically taxing month. It’s also spectacularly beautiful. The sky is cerulean, a more vibrant blue than in the summer. I can gaze for a very long time at the white monolith of Mount Abraham when the sun is setting this time of the year: There is a nimbus along the ridgeline and summit. And the New Haven River is quite literally frozen in time – at least the surface. There are icicles where once there were waterfalls. Meanwhile, the tops of the chairlifts at the ski resorts release you into a world as magic as Narnia. Even a thousand feet below those peaks, where I cross-country ski here in Lincoln, the woods are more than a little reminiscent of the world on the other side of the wardrobe.

But there are other reasons for braving the cold and getting outside. There is the landscape, but there is also the reality that exercise dials down depression. A recent study in Sweden, a country which knows all about crazy short days and crazy cold nights, confirmed the correlation between exercise and contentment.

And then when you return home, there is hot soup. Or there should be. Or warm bread. Hot soup and warm bread never taste better than they do this time of the year. And Vermont weather is the reason why hot cocoa was invented. Red wine, too.

Finally, whether you are inside or outside, it’s important not to hibernate so completely that you don’t see your neighbors. Lord knows I see a lot less of them this time of the year. I recall worrying my first winter in Vermont that half the houses in the center of the village had to be haunted. Days would go by when I would see almost no one in the center of town. But the month of January passes by faster when you are breaking some of that warm bread with a friend. When you are sipping some of that hot cocoa with a friend. And when you are outside on your skis or snowshoes or snowmobiles with a friend.

With any luck, I will be back on my beloved bike in a mere two or three months. Many of us will be planning our gardens. Organizing our summer vacations. Ordering next year’s wood.

The 802 is a pretty remarkable place and I will always feel very blessed to live here. January just demands a certain laissez-faire willingness to roll with the weather – and, yes, a really good parka.

(This column appeared originally in the Burlington Free Press on January 4, 2015. The paperback of Chris’s most recent novel, “Close Your Eyes, Hold Hands,” arrives in May.)