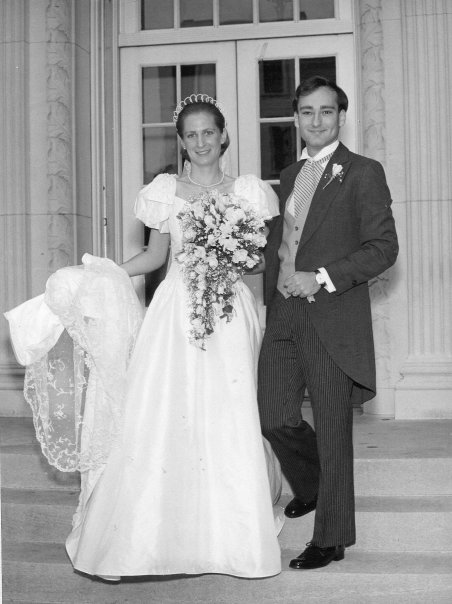 When my wife and I were 23, we spent an October week in Cancun. When we returned, my mother-in-law wouldn’t speak to my wife. Why? Because at the time, my wife and I were merely boyfriend and girlfriend. Weren’t even engaged. Sure, by then my wife was a bond trader on the 104th floor of the World Trade Center and I was an account executive with J. Walter Thompson. We were grownups. But as my mother-in-law said to her daughter – finally and only briefly breaking the silence – “What if your plane had crashed and you’d died? How would I explain to your grandmother what you were doing with a man in Cancun?”

To try and restore peace and harmony, my wife reminded her mother that we had been dating since we were freshmen in college. It had little effect.

And so we decided to go big. We would try and retake the moral high ground. We told her we were planning to get married. The truth is, we had known we were going to get married for easily four years by then. But the response was immediate and perfect: Diplomatic relations between the two women instantly were normalized. No, they were better than normalized. My mother-in-law was thrilled. She had four daughters and finally one was getting married.

Tomorrow is my wife’s and my wedding anniversary, and I am happy to report that we have been married more years than we were single. There are a long litany of reasons why I wake up every morning feeling more than a little blessed to be married to the woman who against all reason puts up with me. But she does. How amazing is my wife?

In November 1993, she went with me to the Palace 9 in South Burlington to sit through the movie, “Gettysburg.” Why was this love? The movie is four hours long. It had, I believe, zero women in the cast – but 5,000 (no exaggeration, I checked) Civil War re-enactors as extras, some of whom could bloat on command to look like battlefield corpses. And any day now she was going to give birth. She was nine months pregnant and this was our last date before our daughter would arrive.

She has read the rough drafts for all 19 of my novels, 17 of which were published and two that were such abominations they exist only in manuscripts in my alma mater’s library, where my papers are archived. She has also read the vast majority of these columns as rough drafts (although not this one), and has been doing so almost every week for 22 years and 8 months. That’s roughly 1,178 columns – or nearly 800 thousand words. Add to that the 1.9 million words in those 19 novels, and she has read nearly three million words I have penned.

Just how much faith has she always had in my work? I amassed 250 rejection slips before I sold a single word, and never did it cross her mind that “novelist” might not be in my future – even when, yes, we sold our living room furniture so we could buy a few more months of health insurance and continue to pay our mortgage.

And, of course, she endures the reality that I live in Lycra bike shorts most summer afternoons. That’s love.

When I was in fifth grade, the boys and girls in my class had their first serious crushes, and I was pretty sure that I was so fat and shy that no girl was ever going to have a crush on me. But I still had my fantasy wish list I would whisper to myself before school: She would have long hair, a beautiful smile and would love books as much as I did. I did not know at ten that I would also want someone who cries for stray cats and old dogs, and whose kindness would dwarf a redwood. I just got lucky.

Happy anniversary to my lovely bride – my muse and my inamorata. I am still so very glad I made an honest woman of you after Cancun.

(This column appeared originally in the Burlington Free Press on October 12, 2014. Chris’s most recent novels are “The Light in the Ruins” and “Close Your Eyes, Hold Hands.”)