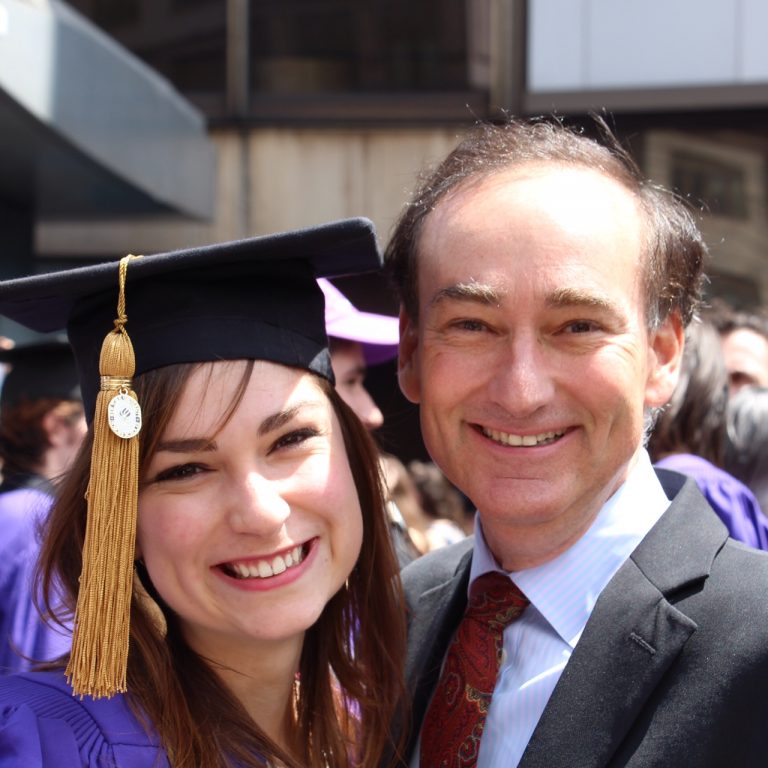 The first time my daughter, Grace Experience, appeared in this column, she was in utero: it was Mother’s Day, 1993. How long ago was 1993? Most of us weren’t sending email. (Most of us didn’t know what email was.) Bill Clinton was in his first year in the White House. I had hair — and not just in my ears, but actually above them.

The other day Grace graduated from college. (Technically, she finished in December.) She’s a working actor, performing in New York and — this summer — in Pennsylvania.

So, does this mean that my wife’s and my work is done? We can wash our hands and take a victory lap that we didn’t raise a girl who ran off to join “The Bachelor,” “The Bachelorette,” or any reality TV show involving spray tans and hot tubs?

Probably not. I think I was a work in progress for my own parents until I was much older than 21. Besides, just because a person’s a grownup doesn’t mean a columnist has to stop using him or her to fill the rapacious maw that is a daily newspaper. Good Lord, I am still shamelessly exploiting my adult neighbors. But there were some Sundays in the mid-1990s when my column lived or died on my daughter’s diapers or her obsession with “The Wizard of Oz.” I chronicled her encounters with Santa Claus, Minnie Mouse, and a tall, blond woman named Barbie she met when she was in kindergarten — a person Grace honestly believed was the human model for the Barbie Doll.

When I look back on the last 21 years, I know in my heart that my favorite roles I have had in this world are dad and husband. Back in 2010, I wrote an essay for a book called “What I Would Tell Her,” a series of letters filled with advice that dads were asked to write to their daughters. I thought long and hard about my contribution to that book. Some of my counsel was serious. Some less so. Among my suggestions? I advised against wearing four-inch heels around Soho unless it was absolutely necessary. I reminded my daughter that food is love, especially if it’s fresh food involving good bread, finely chopped tomatoes, and extra virgin olive oil. And I encouraged her to minimize her regrets, which meant minimizing her tattoos.

My sense is that parents always find reasons to worry about our children. We give up the role of nurturer slowly, painfully, perhaps even grudgingly. My father used to meet my family at the airport in Florida when we would visit, and try and wrangle our suitcases from us well into his seventies. My mother-in-law used to greet my family when we would visit her in Manhattan with our favorite dinner until she died; she would make sure there was always cream for my coffee.

Two weeks ago, on Mother’s Day, I gave a shout-out to my lovely bride and her wonderful work as a mom. So, today I want to celebrate our daughter. Some people wonder about the origins of our daughter’s name, especially her middle name. The short answer is that both “Grace” and “Experience” are family names, and we liked the phonetics. It made us smile because it sounded so crazily counter-culture. Think hippie.

But then something happened at Grace’s christening. Before the church service, a member of our congregation, Ruth Coyle, was holding our daughter in her arms. “Oh, Grace Experience,” she said, “your parents were so wise giving you this name. Grace: the gift we are all given at birth. And Experience? That which you will earn every day of your life.”

My wife and I looked at each other. Wise? We thought we were being glib. But Ruth had poignantly articulated the power and the poignancy and the resonance of our daughter’s name.

So, Grace Experience, thank you. Thank you for being you. We are so grateful for the heaping dollops of happiness you have brought into our lives every single day. And we are so proud of the beautiful woman you have become, inside and out.

Congratulations on this latest steppingstone. And thank you for always living up to your name.

(This column appeared originally in the Burlington Free Press on May 24, 2015. The paperback of Chris’s most recent novel, “Close Your Eyes, Hold Hands,” arrives on Tuesday. Grace Experience was the audiobook narrator.) 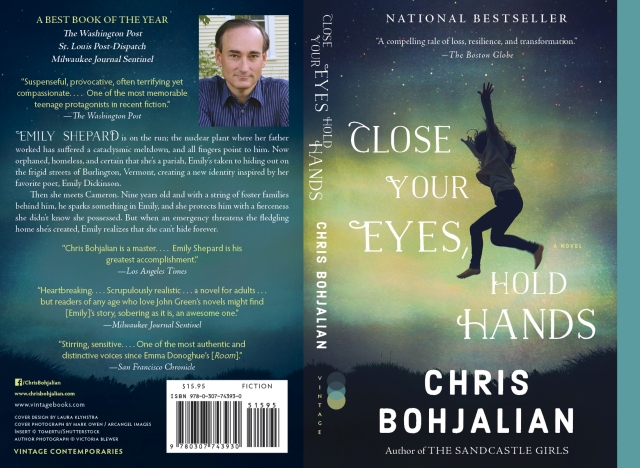