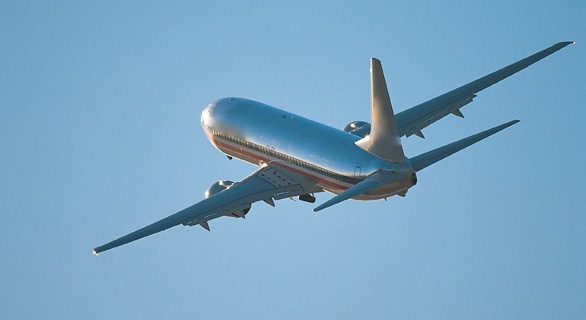 Here is today’s profound meaning-of-life question: Is it better to have a serious gastrointestinal meltdown at 35,000 feet in the rear bathroom of a 737 or be seated in the last row of the aircraft while the flight attendant is pounding on the bathroom door, begging the passenger to come out, and everyone in those rear rows is increasingly fearful that the guy behind the door does not have diarrhea, but is in fact lighting his sneaker on fire and the back of the plane is about to explode?

This happened the week before last when my wife and I were traveling on a Turkish Airlines jet between Istanbul and Kayseri. The two of us were in Row 28, the bathroom directly behind us. I was in the middle seat, my wife was on my right, and a young Canadian woman with a serious fear of flying was on my left. (My wife, I should note, is also not exactly Amelia Earhart: I was surrounded by fliers who even on an uneventful, turbulence-free flight would rather be at the dentist.)

In any case, about 30 minutes into the flight, the beverage service in full swing, a gentleman enters the bathroom. When was I aware he was in there? When the line of passengers waiting to use the bathroom had grown to five. When we all started asking ourselves how long he been there and why in the world he wasn’t coming out.

It was right about then that the woman from Montreal turned to my wife and me and said what we all were feeling: “I am really not going to be happy until that guy gets the heck out of there.”

The passenger who was first in line for the bathroom knocked discretely on the door. The response from inside? Something between a plaintive groan and a fierce growl. Think Frankenstein. It was, roughly, “Friend? Good! Fire? Bad!”

I speak about three words of Turkish, but about this point I am pretty sure that everyone in line was saying something along the lines of either “Uh-oh” or “I really wish I’d rented a car.”

Finally someone called for the flight attendant. The gravity was sufficient that she actually stopped the beverage service and worked her way around the beverage cart with the balletic skill of a Cirque du Soleil gymnast. “Are you all right?” she asked through the door, first in Turkish and then in English and then in desperation. She tapped on the door. She banged on it. I unbuckled my seatbelt, feeling that I should do something to help, but I had absolutely no plan. And then …

And then we all heard the vacuum whoosh of a jet engine toilet flush. It was lovely. A soprano’s voice has never sounded sweeter.

The fellow emerged, an older gentleman, and it was evident by his scowl that he felt his personal space had been seriously violated. The flight attendant looked at us and said, translating his explanation into English, “He had something disagreeable for breakfast.”

That was it. Easily eight or nine of us, some standing and some sitting, all chuckled at once — small laughter that was rich with relief. Make no mistake, we all felt bad for this poor guy. But our own private worst-case scenarios had been unspooling in our minds.

Yet the world is always a better place when people travel. We learn; we grow; we make friends.

I’m just grateful that the week before last the only explosion on that plane was gastrointestinal.

(This column appeared originally in the Burlington Free Press on July 5, 2015. The paperback of Chris’s most recent novel, “Close Your Eyes, Hold Hands,” was published in May.)