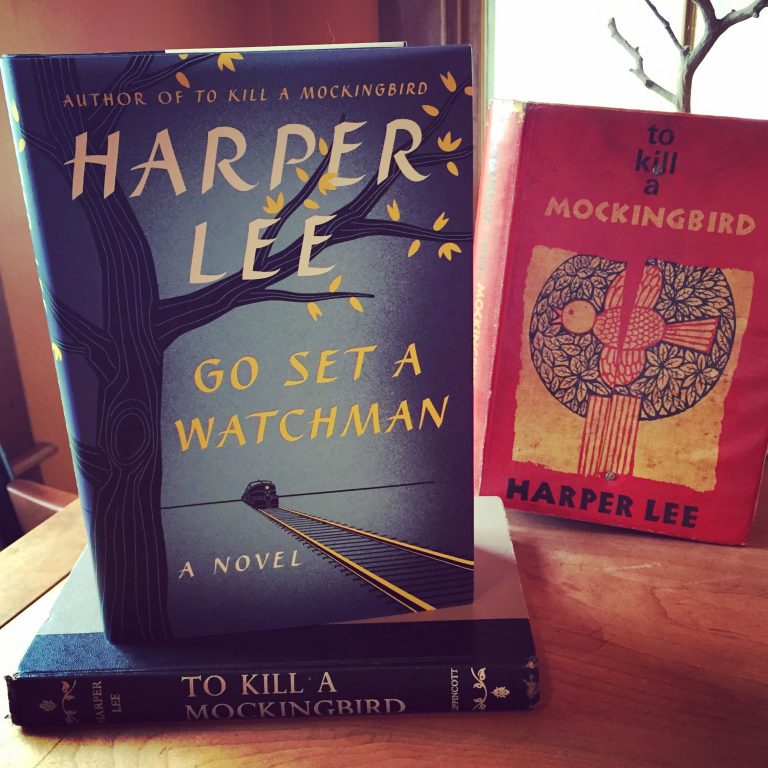 Unless you have been living under a rock — or in self-imposed isolation with Boo Radley — you have probably watched the ballyhooed publication of Harper Lee’s “Go Set a Watchman” last week.

Barnes & Noble hasn’t released the actual number it sold the day the book arrived on Tuesday, but the bookstore chain has announced that the novel now boasts its single day sales record. In other words, the father-daughter tag team of Scout and Atticus Finch thoroughly whipped even Anastasia Steele and Christian Grey, and the books about that pair have sold upwards of 125 million copies around the globe.

Spurring the excitement has been the reality that Harper Lee never published another book after “To Kill a Mockingbird” in 1960, and so an additional tale about Scout and Atticus felt like a miraculous little bonus. When we learned the weekend before “Go Set a Watchman” arrived that Atticus Finch might be a racist in this novel, we grew only more curious. Yes, some readers balked that a cherished cultural totem was being vilified — Good heavens, people name their sons after the lawyer who stood up against racism and injustice in a small Alabama town in the heart of the Great Depression — but for most of us, it only deepened our interest. This additional book (and note that I do not use the word “new”) was set in the 1950s, two decades after “To Kill a Mockingbird,” and there were those who feared that the story was an undiscovered sequel and Atticus had lost his bearings and aged really badly.

So, let’s set the record straight: “Go Set a Watchman” is not a sequel to “To Kill a Mockingbird.” It is an earlier version of what would become the book that so many millions of us read first in middle school and then reread as adults. I understand the criticisms some people have with “Mockingbird” (Thomas Mallon famously called it “moral Ritalin.”), but even when I was reading it aloud to my daughter when she was young, I was often sniffing back tears. I love that book and I respect that book.

So I was among the millions who dove into “Go Set a Watchman” on Tuesday night, the day the novel went on sale. Should you dive in now? My short answer is, “Why not?” It is an apprentice work, its principal problem being that nothing happens — more on that in a moment. Read it as the early, rejected book that Harper Lee would retool completely into her Pulitzer Prize winner. Do not read it as a sequel or even as a book that would have been published, I imagine, if “To Kill a Mockingbird” did not exist.

Harper Lee made four principal changes after “Go Set a Watchman” was rejected by editor Tay Hohoff, who suggested that she re-imagine it from Scout’s perspective as a child. She seems to have taken Hohoff’s advice: She moved the setting from the 1950s to the 1930s. She rewrote it in the first person, in the voice of Scout Finch, a woman in her mid-30s looking back on her childhood. She transformed Atticus Finch from the sort of man who asks his daughter in “Watchman” in all seriousness, “Do you want Negroes by the carload in our schools and churches and theaters? Do you want them in our world?” into a brave lawyer with a profoundly accurate moral compass. And she found the action necessary to propel a novel forward: the riveting, wrenching rape trial of African-American Tom Robinson, and his heroic defense by Atticus Finch.

Enormous changes? You bet. But not unheard of in the evolution of many novels. I have made edits to drafts of my own work every bit as dramatic. Exhibit A? “The Double Bind” was originally a first person novel. Exhibit B? There was no courtroom drama in my earliest pages of “Midwives.”

Still, there are entire passages that are almost identical in “Mockingbird” and “Watchman.” I noticed two, including the paragraph about why there are two spellings of Cunningham in Old Sarum (p. 44 in “Watchman” and p. 153 in my ancient copy of “Mockingbird” that once belonged to my mother). Keith Collins and Nikhil Sonnad share eight such paragraphs on the website quartz.com.

In “Go Set a Watchman,” 26-six-year old Jean Louise Finch returns to Maycomb, Alabama, from Manhattan to visit her ailing father, Atticus. Her brother, Jem, passed away a few years earlier. And there she witnesses her father in the courthouse with “the county’s most respectable men,” listening to racist firebrands arguing how to battle back against the NAACP and keep “snot-nosed” African-Americans — though they use a considerably less acceptable noun — out of white schools. Atticus is not especially fond of these men, but he worries that “the Negroes down here are still in their childhood as a people.” And so Jean Louise is utterly devastated to learn that the father she revered as a girl, the man Atticus would become in “To Kill a Mockingbird,” is imperfect. Can she still love him? Will she?

That is essentially the novel.

What else happens? There are a couple of flashbacks to Jean Louise’s embarrassing adolescence. Her uncle, usually the voice of reason, slugs her in a moment that is presented more as comic relief (he is literally trying to knock some sense into her) than as the deeply disturbing violence against women that it is. And the Civil War is deemed a struggle for state’s rights, not the fight to make men free — passages that are especially disturbing this summer in light of the massacre of nine worshippers at a historic black church in South Carolina and the appalling way some people still defended flying the Confederate battle flag.

Is this a more historically accurate and believable picture of an Alabama lawyer in the 1950s than the saintly Atticus Finch from the 1930s we all know and love? Perhaps. Is “Go Set a Watchman” a helpful primer to the politics of the South as the Civil Rights movement began to gain steam? Maybe. Those might be reasons as well to read the book.

Moreover, some of the prose is lovely and I think the first line is destined to be a classic: “Since Atlanta, she had looked out the dining-car window with a delight almost physical.”

My sense, however, is that a decade from now we will look back at “Go Set a Watchman” as a footnote, and it will be read solely to see how a great novelist revised a great novel.

(This column appeared originally in the Burlington Free Press on July 19, 2015. Chris Bohjalian is the author of 18 books, including his most recent novel, “Close Your Eyes, Hold Hands.”)