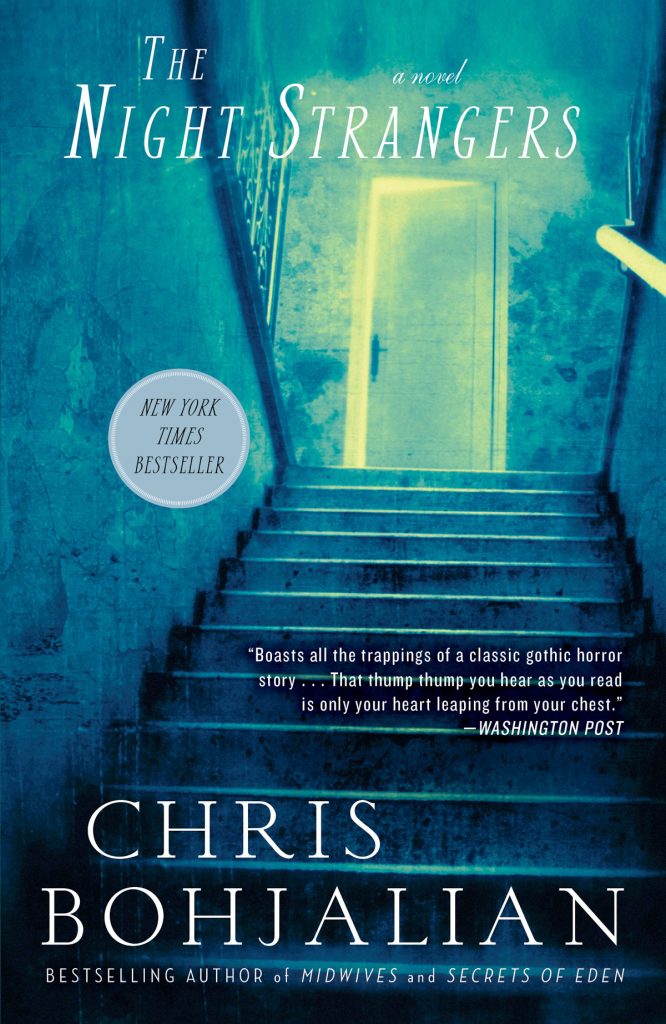 From the bestselling author of The Double Bind, Skeletons at the Feast, and Secrets of Eden, comes a riveting and dramatic ghost story.

In a dusty corner of a basement in a rambling Victorian house in northern New Hampshire, a door has long been sealed shut with 39 six-inch-long carriage bolts.

The home’s new owners are Chip and Emily Linton and their twin ten-year-old daughters. Together they hope to rebuild their lives there after Chip, an airline pilot, has to ditch his 70-seat regional jet in Lake Champlain after double engine failure. Unlike the Miracle on the Hudson, however, most of the passengers aboard Flight 1611 die on impact or drown. The body count? Thirty-nine – a coincidence not lost on Chip when he discovers the number of bolts in that basement door. Meanwhile, Emily finds herself wondering about the women in this sparsely populated White Mountain village – self-proclaimed herbalists – and their interest in her fifth-grade daughters. Are the women mad? Or is it her husband, in the wake of the tragedy, whose grip on sanity has become desperately tenuous?

The result is a poignant and powerful ghost story with all the hallmarks readers have come to expect from bestselling novelist Chris Bohjalian: a palpable sense of place, an unerring sense of the demons that drive us, and characters we care about deeply.

The difference this time? Some of those characters are dead.

Watch an interview of Chris by Kelly Gildea.

Listen to a teaser for The The Night Strangers Audiobook!

“The Night Strangers boasts all the trappings of a classic gothic horror story, reminiscent in places of the spousal secrets in Nathaniel Hawthorne’s ‘Young Goodman Brown,’ the thrills of ‘Rosemary’s Baby,’ and the psychological frights of Daphne du Maurier. . .A perfect book for Halloween. . .That thump thump you hear as you read is only your heart leaping from your chest.”

Keith Donohue
The Washington Post
“Bohjalian flings himself into a full-blooded romance with the paranormal. In doing so, he earns a place alongside Stephen King as the master of the Halloween beach book. This ghost story is expertly and, at times, beautifully written, deliciously creepy, and, like a bag of trick-or-treat loot, silently calls out to you when it’s languishing on the night table.”

Julie Wittes Schlack
The Boston Globe
“This unsettling latest from master storyteller Bohjalian will keep you up at night.” — Lisa Kay Greissinger

People Magazine
“Bohjalian combines modern-day horror with supernatural horror to create a double-whammy of otherwordly fear. But despite the modern trappings, this is a blood-splattered, old-fashioned ghost story. And there’s no guarantee of safe passage in the end.”

Amy Driscoll
The Miami Herald
“Echoes of Rosemary’s Baby and The Shining. . .Read if you dare, but keep an extra light on, and make sure your seat is in the full upright and locked position.”

Patty Rhule
USA Today
“Shades of The Shining make for a haunting tale. . . A modern-day ghost story worth losing sleep over.”

Family Circle
“You will close the book’s covers totally satisfied, aware that this masterful storyteller has done it again.”

Seattle Times
“The Night Strangers has all the hallmarks of a good ghost story, but. . . Bohjalian has put his own 21st-century spin on the supernatural genre in his frightening new novel.”

Christian DuChateau
CNN
“After losing passengers in a forced landing, a pilot seeks respite by moving his family to New England. But the house is haunted and local witches won’t leave them alone. Good ‘n’ spooky.”

Justin Cronin
author of The Passage
“Put a haunted man in a haunted house. . .and you have a Halloween hair-raiser. But it’s more than that. Bohjalian, with a dozen well-received novels to his credit, understands trauma: how long it takes to recover from unimaginable pain, and how people who have never experienced it rarely understand.”

Tim Clark
Yankee Magazine
“A spellbinding, heart-pounding novel. . .this is one perfect book for Halloween.”

Megan Fishmann
Book Page
“A delicious and haunting tale. . .Bohjalian is a terrific writer and parsimonious in the way he issues information, slowly building an increasing sense of dread and excitement.”

Curt Schleier
Minneapolis Star Tribune
“Bohjalian uses a clean-edged pen to dice, toss, and serve a gasp-inducing plot that is ghost story-meets psychological thriller. . .The book has a spellbinding clutch. A mélange of horror, thrill, drama, sex, and gore—juxtaposed against the quiet and solitude of a small New England town—it will test your courage and resolve. . .[It] will invade your world.”

Julie Bonner Williams
The Grand Rapids Press
“Compelling. . .a ghost story in the tradition of such classics of the genre as ‘The Turn of the Screw’ and ‘The Haunting of Hill House.'”

James D. Watts
The Tulsa World
“Chilling. . .Take a seat by the fire for this one. You may be up a while.”

Susan Dunne
The Hartford Courant
“This moody, atmospheric story chills the bones and doesn’t let up until the last brutal page. It is a creepy, gothic mystery just right for Halloween.”

Amy Phelps
West Virginia News and Sentinel
“A novel that will plague readers with fright.”

Megan O’Neill
Vox Missourian
“Bohjalian has crafted a genre-defying novel, both a compelling story of a family in trauma and a psychological thriller that is truly frightening. Fans of Alice Sebold’s The Lovely Bones and Margaret Atwood’s Cat’s Eye and The Robber Bride will find similar appeal here.”

Library Journal [Starred Review]
“A gripping paranormal thriller . . .Meticulous research and keen attention to detail give depth and character to [the] eerie world. . .Bohjalian is a master, and the slow-mounting dread makes this a frightful ride.” 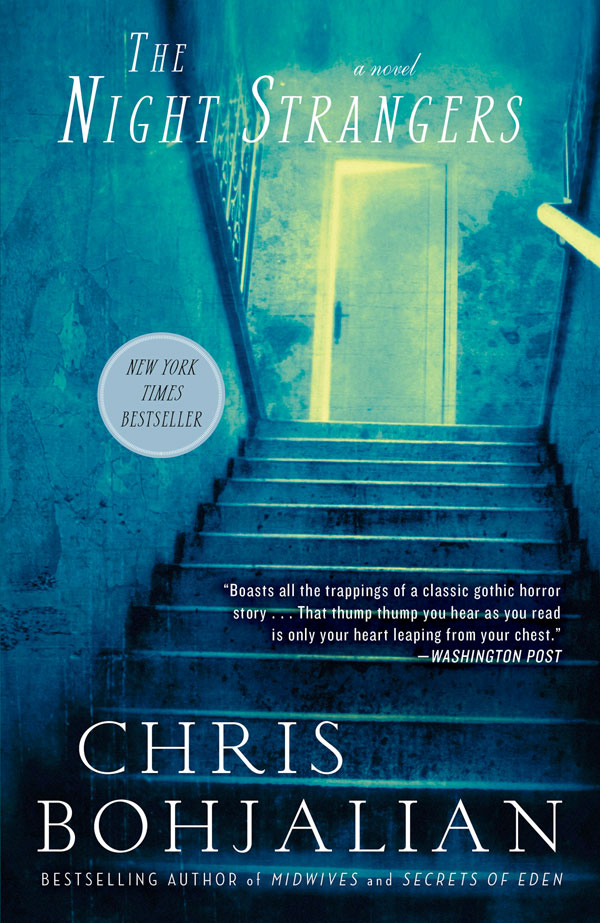