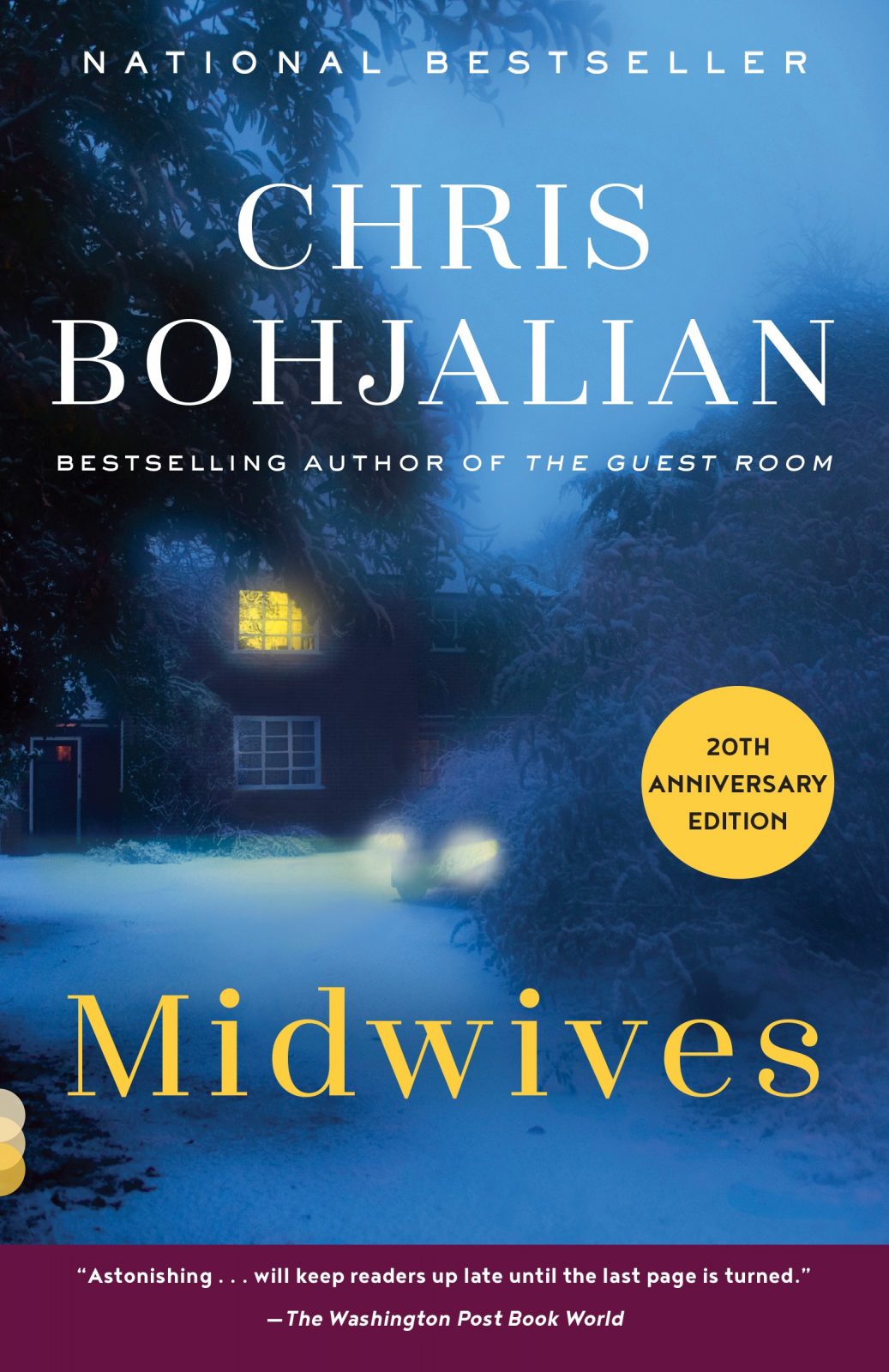 It was twenty years ago that “Midwives” was published: 1997. I had hair then. Our phones were considerably less smart. Our books were made of paper.

Throughout this month I will be answering questions from the Reading Group Center to celebrate the new, twentieth anniversary edition of the novel. Here is their first one.

As always, thank you so much for your faith in my work.

1. Twenty years have passed since Midwives was first published, but it still feels relevant. Is there anything you would want to update or change if you were writing it today?

The midwife who set me on the path to write the book — telling me about her work at a dinner party one summer night and then allowing me to interview her for hours on end — is a lovely, brilliant, kind woman named Carol Gibson Warnock. She’s also very funny. When I began writing the novel, I never thought it would be a courtroom drama: I thought it would be a gently comic, coming-of-age novel narrated by a young woman raised by a hippie midwife in rural Vermont.

But then my mother was diagnosed with cancer and it was clear she was going to die, and the novel changed. It morphed into a far more complex and morally ambiguous story.

I would end up deleting many of those early, light-hearted scenes about the “peace, love and tie-dye” culture of Vermont in the late 1960s and 1970s, but a few still remain.

The reality is that the book is set two generations ago now. It’s rooted in a particular moment in time, that era when Carol Gibson Warnock and her peers were part of a movement that had its roots in the counter-culture and back-to-the-land movements in Vermont.

But its themes are pretty universal and obviously relevant today. We were all born and we all will die. In between, we all aspire to do what we love in this world and — most of us, anyway — to minimize the pain we cause others. Think of the novel’s epigraph: “We are each of us responsible for the evil we may have prevented.” (James Martineau)

And so while there may be scenes that I would approach differently now, I really wouldn’t update or change anything of consequence. I love the way it brings to life that era: it was at once so hopeful and so innocent. And I think that’s why Sibyl’s betrayal by the medical and legal professions in the novel is so devastating.

One thought on “The novel, “Midwives,” 20 years later: Is there anything I would update or change?”