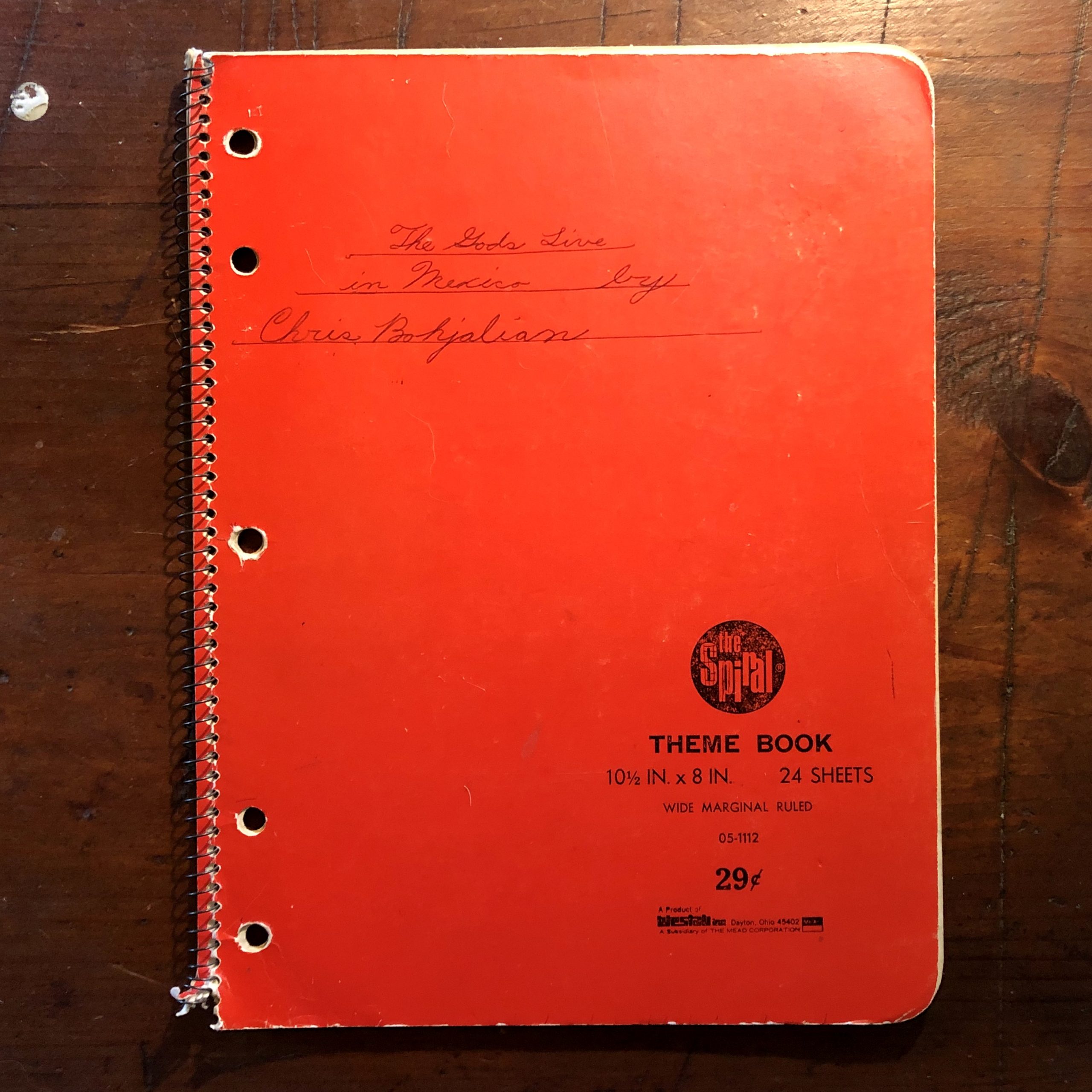 When I was cleaning out my father’s home after he died, I came across a sweater box under his bed. In it were some of the short stories I had written in the third and fourth grade. For a few minutes I sat on the floor and read them, recalling the bedroom in Connecticut in which I had penned them decades earlier, my teachers, and the inspirations for the tales. A couple of times I had to blink back tears, because here was one more indication of how very much my parents had loved me: my mother had saved these stories for years, and then, after she died in 1995, my father had preserved them.

Now, it’s also possible that I was on the verge of crying because the stories were absolute train wrecks. Nowhere in them could I find what a creative writing professor might generously have called promise. (I must admit, I did take a little pride in my penmanship. My lettering would have made a medieval monk proud.)

But I was struck by how I could see, even in that “apprentice work”, two themes that would resonate in my novels as an adult: heartbreak and dread. When my books work – and heaven knows they do not always work – those are the points on the narrative compass that matter most. The stories ranged from a tale of a disembodied hand emerging from a wishing well to one about sibling rivalry on the school bus safety patrol. Another ended with this sentence: “The dripping stopped and the vultures had their meal.”

There’s often a deep connection for writers between what we read for pleasure and what we write. It’s not always direct: it’s not as if novelists known for writing horror only read horror. (On the other hand, one piece of advice I often give fledging writers is this: write the sort of thing you love to read most. If you love science fiction, write that. If you savor what we call literary fiction, let those books be your inspiration.)

But I know that Esther Forbes’s Revolutionary War saga, Johnny Tremaine, a novel about a 14-year-old apprentice silversmith with a crippling hand injury, influenced what I was writing in third grade. I still recall the last line with all of its metaphoric gravitas: “A man can stand up.”

Likewise, one week in fourth grade when I was home sick from school, I devoured Shirley Jackson’s The Haunting of Hill House, a ghost story that to this day scares the hell out of me. I’m sure at nine years old I missed Eleanor Vance’s emotional instability and the sadness of her adulthood prior to joining the ghost hunters at Hill House, but I have never forgotten the riveting scene when she jumps from her bed in the night and cries out to her roommate, Theodora, “God! God! – Whose hand was I holding?”

Those two books for me were all about my dual lodestars of heartbreak and dread. To this day, that is what I seem to crave in my reading, whether all is right with the world or we are living in one of those moments in history that we will look back on and think to ourselves, “I know exactly where I was when. . .” I recall finishing Howard Frank Mosher’s A Stranger in the Kingdom on the front steps of my home in Vermont on a carefree Saturday afternoon in June, the sky cloudless and cerulean, savoring the wistfulness that washed over me and it made no sense given the kind of day it was. When I read Harper Lee’s To Kill a Mockingbird aloud to my daughter when she was in third grade, we were both a little unmoored by the quiver in my voice as I read the last page – and especially when it broke on that last paragraph:

We still have a totemic connection to books made of paper. I love audiobooks on my phone and on occasion I have even read novels on the device. But most books I read are hardcovers or paperbacks. My fiction is alphabetized by author, but I actually have a special section in my library for those books that left me feeling a little broken and a little fragile when I turned the last page – because those are my favorites. Those are the ones I have, on occasion, read two and three and even four times.

Sometimes I wonder what my parents thought when they perused those stories their son had written as a boy. Did they worry about the darkness in them? The sadness? I wasn’t a melancholic child. I’m not a morose adult. But then I remind myself that my mother was an avid — almost ferocious — reader; I still have her editions of some of her favorite novels. She probably saw in my short stories the books and movies that had triggered them. She very likely understood that, whether it’s Grimm’s Fairy Tales or Tales from the Crypt, children are often drawn to fiction that touches the darkest recesses of the soul.

And so mostly when I look at those handwritten stories, the blue ink on the white lined paper, I recall that among the great gifts my loving parents gave me was a love of reading in the first place.

Chris Bohjalian is the #1 New York Times bestselling author of Midwives and The Flight Attendant, among many other books. His most recent bestselling novel, Hour of the Witch, was published in May. This essay appeared originally in “We Found Time,” on April 20, 2020.