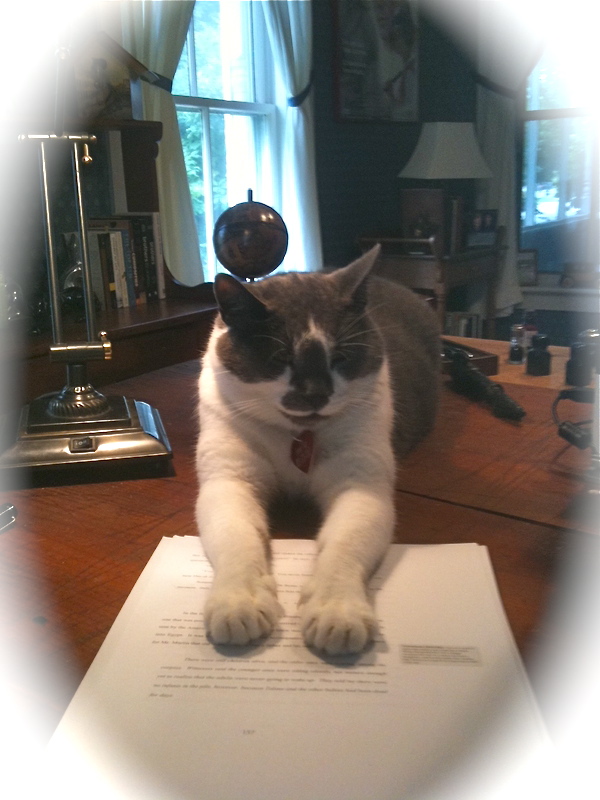 I rarely have the slightest idea where my books are going. That’s not a confession, it’s simply a reality.

I don’t work from an outline. I don’t know the last sentence when I write the first sentence, a prerequisite for John Irving — a novelist whose work I revere. And I don’t create maps or interior designs for the homes of my fictional characters, the way Sinclair Lewis did. (Lewis is another writer whose novels have inspired me, especially Main Street.)

When I embark upon a novel, I know two things. I have a vague premise of what the novel will be about: a German family’s complicity in the Holocaust (Skeletons at the Feast), for example, or a young college professor’s gender reassignment surgery (Trans-Sister Radio). And I know the voice. I know whether it will be a more traditional, Henry Jamesian third-person novel or a first-person story with a contemporary narrator. (It’s also worth noting that one of my novels has long stretches in the second person, and some of my novels have had multiple first-person narrators.)

When I began Close Your Eyes, Hold Hands, I had my vague premise: a teen girl in serious trouble after a cataclysmic meltdown at a nuclear plant. And I had my voice: 17-year-old Emily Shepard. But I had no idea what her journey would be. And so I did what I have done with my other narrators: I let Emily take me by the hand and lead me through the dark of the story. I began with no outline and no expectations. I sat down before my computer every morning around 6 a.m., as I have with most of my books, with nothing more than my faith in cause and effect: what is likely to happen and what is Emily likely to do.

I think this is why I love being a novelist. I’m as surprised by what occurs as, I hope, my readers are. When I started the novel, I never anticipated she would take a runaway foster child under her wing. I feared her drug abuse would lead to heroin. I wasn’t sure who among her friends she could trust.

My typical writing day for Close Your Eyes, Hold Hands was similar to my writing days for most of my professional life. Usually, I begin the way Ernest Hemingway recommended: I rewrite what I wrote the day before. Not only does this improve yesterday’s writing, it acts as a runway — imagine a plane gathering speed and lifting off — and gives me momentum.

The reality of working without an outline is that it results in massive amounts of rewriting. Every 40 or 50 pages, I print out the manuscript and edit it by hand. I edit with a fountain pen because fountain pens can be messy, so I think more slowly: I’m more likely to find the right synonym, the accurate simile, or the precise line of dialogue that way.

I usually stop writing around lunchtime, with a goal of producing 750 to 1,000 words. A lot of them, I know, will never make it into my final draft. And while I am usually not writing in the afternoon, I am often doing the research that my books demand. In this case, that meant learning about how a homeless teen survives on the street in northern New England, nuclear power, and Emily Dickinson. Whenever possible, I interview people. I talk to them; I ask questions that will add authenticity to the book.

In addition, six or seven months a year I’m solving problems in the afternoon while biking. I bike thousands of miles in the relatively brief Vermont cycling season, most of them alone — except for the characters in whatever book I’m writing. And one summer, my company was Emily Shepard. I would stop and punch in notes about her and her friends on my iPhone. Occasionally, I wrote whole scenes on my phone, such as the moment when Emily turns 17 and retreats into a shopping mall bathroom stall and…

Well, it’s in the book. Far be it from me to send into the world my own spoilers.

Next week? The aftermath. The postpartum sadness I experience whenever I finish a novel.

(The paperback of Close Your Eyes, Hold Hands was just published.)