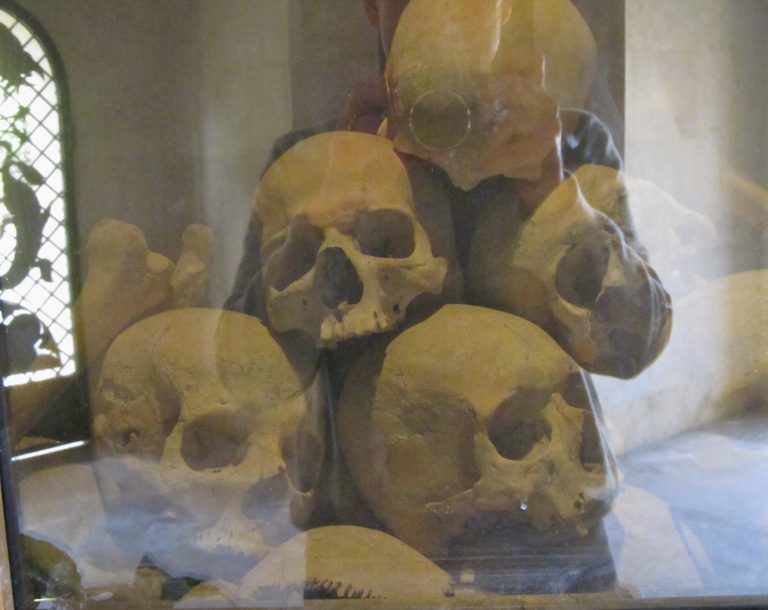 Today I am in Manhattan. This morning I am at St. Vartan, the magnificent Armenian Cathedral on Second Avenue, for the Divine Liturgy. In the afternoon I am in Times Square, helping to host the commemoration of the centennial of the start of the Armenian Genocide. There will be thousands of Armenians at both events.

It was exactly one hundred years ago this past Friday when the Armenian intellectuals, professionals, editors, and religious leaders in Constantinople were rounded up by the Ottoman authorities — and almost all of them executed. It was April 24, 1915. By the end of the First World War, 1.5 million Armenians had been systematically annihilated by their own government, including some of my own ancestors in Ankara and Kayseri. The majority of Armenians alive today are descendants of those few that survived.

I’ve written a lot about the Armenian Genocide the last few years, as both a novelist and a journalist. Just last week in this space I wrote about the Norwegian who helped so many Armenians rebuild their lives around the world.

Sometimes people ask me why I care. Sometimes they ask because they know nothing or next to nothing of the genocide, and are curious as to why I am fixated on a crime that began quite literally a century ago. And sometimes they ask with an edge to their question, because it seems to them that I am too focused on this part of my people’s story. They feel I should move on — that I should not, as an Armenian, be defined by the genocide.

The question came up again this past Monday night, when I was on a panel at Brookdale Community College in New Jersey with two renowned genocide scholars, Deborah Dwork of Clark University and Khatchig Mouradian of Rutgers University. Someone asked whether we felt Armenians would be better off if we just let go of the way our ancestors were massacred.

Khatchig, who is a great friend of mine, answered simply and with a smile, “We can walk and chew gum at the same time.” He then elaborated that he certainly doesn’t define himself personally in terms of the genocide, despite the reality that it is his specialization as a scholar.

I feel exactly the same way. My Armenian grandparents were survivors of the genocide, but when I think of them, I don’t think first of what their families lost in 1915 or, in my grandfather’s case, what his family witnessed in the Hamidian Massacres of the 1890s. I think first of my grandmother’s delicious boregs — filo triangles filled with cheese — or the way she was an unbelievable pool player. I remember sitting happily on my grandfather’s lap, or then on the floor when he would play his beloved oud — an Armenian stringed instrument a bit like a lute.

Next week in this column I am very likely to be writing about my vegetable garden here in Vermont. Or, perhaps, one of my neighbors in Lincoln. Or how much I love biking along Lake Champlain or up the Appalachian Gap.

That’s what Khatchig meant when he said we can walk and chew gum simultaneously.

But make no mistake, the genocide matters today. It matters morally and it matters politically. It matters because it was an unpunished crime — and a crime of cataclysmic proportions. You want to see the definition of ethnic cleansing? Visit Anatolia. Once, millions of Armenians lived there. Now? Virtually none. Only the ruins of our churches and monasteries remain.

Moreover, there is a direct link between the Armenian Genocide, the Holocaust, the Cambodian killing fields, Bosnia, Rwanda, and Darfur. As I heard a scholar observe in March, impunity begets impunity.

It matters because to this day Turkey does not acknowledge it. Imagine if Germany did not acknowledge the Holocaust. We would be justifiably outraged. It would certainly affect our international relationship.

It matters because — to quote Pope Francis in his Mass this month in which he courageously called the slaughter “genocide” — “concealing or denying evil is like allowing a wound to keep bleeding.” It is a psychic trauma, and the cure begins with recognition.

And it matters to me because I know the world is a better place when we stand up against violence and villainy; when we put righteousness before realpolitik; and when we honor our ancestors whose voices were forever stilled. As Elie Wiesel said, “To forget the dead would be akin to killing them a second time.”

So, does the genocide define me? No. But is it a part of my soul? Yes. And I am proud to say that.

(This column appeared originally in the Burlington Free Press on April 26, 2015. Chris wrote about the Armenian Genocide in his novel, “The Sandcastle Girls.”)