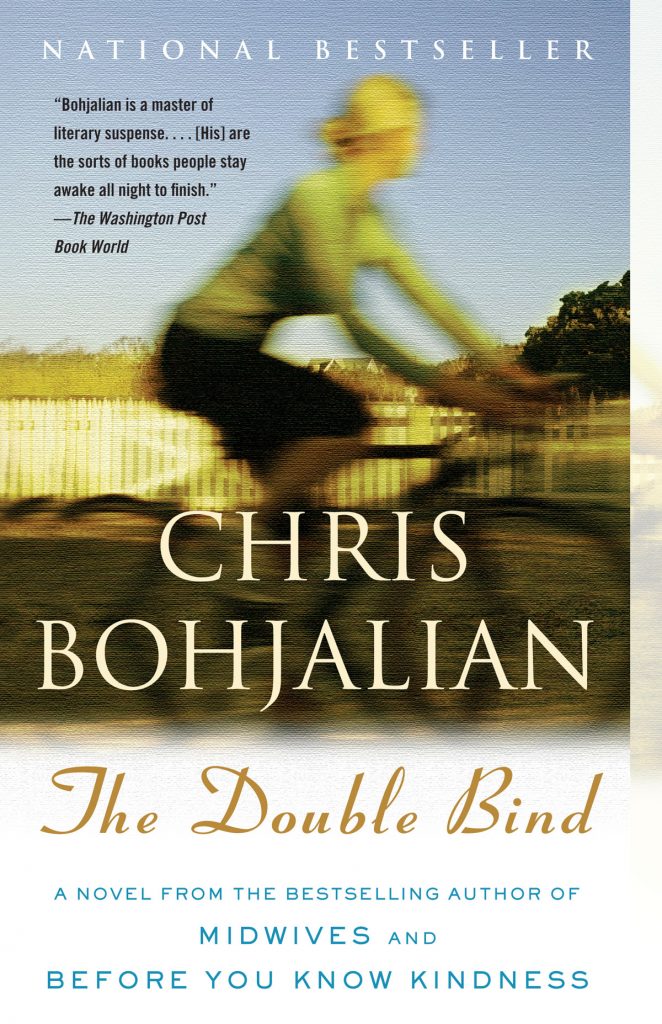 Debuted at #3 on the New York Times bestseller list

When college sophomore Laurel Estabrook is attacked while riding her bike through Vermont’s back roads, her life is forever changed. Formerly outgoing, Laurel withdraws into her photography and begins working at a homeless shelter. There she meets Bobbie Crocker, a man with a history of mental illness and a box full of photos he won’t let anyone see. When Bobbie dies suddenly, Laurel discovers that he was telling the truth; before he was homeless, Bobbie Crocker was a successful photographer who worked with such legends as Chuck Berry and Eartha Kitt.

As Laurel’s fascination with Bobbie’s former life begins to merge into obsession, she becomes convinced that his photographs reveal a deeply hidden, dark family secret. Her search for the truth will lead Laurel further from her old life-and into a cat-and-mouse game with pursuers who claim to want to save her.

NOTE: The Double Bind includes 12 actual photographs taken by homeless photographer Bob “Soupy” Campbell before he died, some of which have been woven into the text of the novel. Click here to see some of the photos that helped to inspire The Double Bind, and learn more about Bob Campbell. Also, one of the books that Chris found particularly fascinating while researching The Double Bind was Nathaniel Lachenmeyer’s The Outsider: A Journey into My Father’s Struggle with Madness. To learn more about The Outsider, click here.

Watch a video preview of The Double Bind

Listen to a teaser for The The Double Bind Audiobook!

“‘The Double Bind’ is simply one of the best written, most compelling, artfully woven novels to grace bookshelves in years. Immediately after the spellbinding surprise ending, readers will want to begin again at the first page. It’s THAT good.”

Bohjalian is a master of literary suspense. [He writes] the sorts of books people stay awake all night to finish, and exerts that same hypnotic tug. . . .”

“Ingenious. . .Acknowledging the thin line between us and them, Bohjalian, at the same time, explores class and money to show, à la Fitzgerald, how the rich are different from you and me. He’s compassionate about mental illness, wise about the healing power of art.”

“Critics are giving Bohjalian. . .high marks for The Double Bind.”

“An intriguing mix of fact and fiction. . .powerful. . .a shocker.”

“The most viscerally exciting of Bohjalian’s books.”

“Conflating literary lore, photographic analysis and meditations on homelessness and mental illness, Bohjalian produces his best and most complex fiction yet. Ultra-clever, and moving, too.”

Recommended by novelist and Cosmopolitan editor John Searles on The Today Show as a book “to curl up with” this winter. 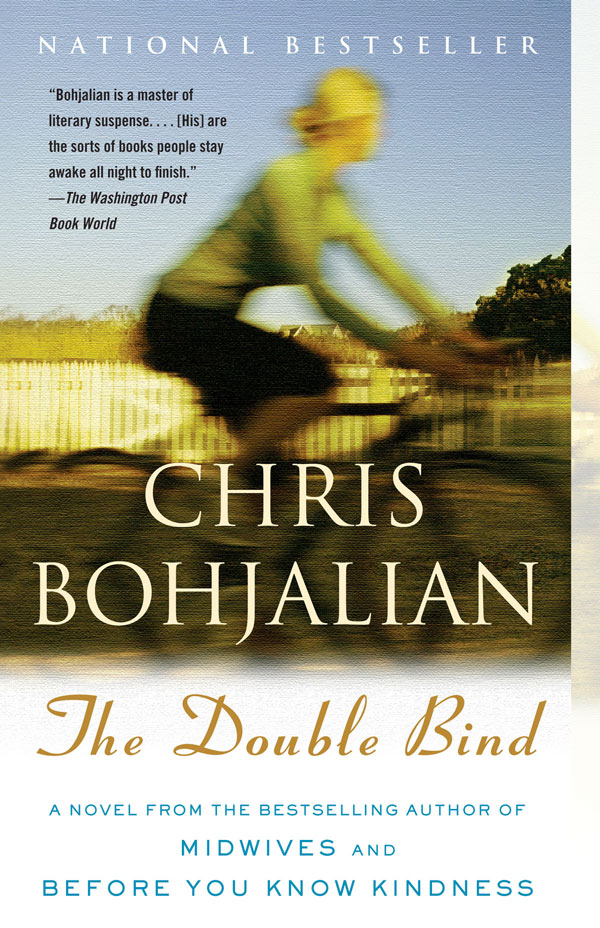